Summary: I was so much wanting for the season of Spring to burst into life, it had been a long winter so during the Easter holidays I decided I would take a walk whatever the weather. As it had rained over the first part of Easter I chose this lovely walk in lower than usual countryside for me in a beautiful area of North Yorkshire near Masham. It was a walk I did in the company of brother Dave, a walk full of wonderful sights, a vibrant river and and mud, glorious mud! 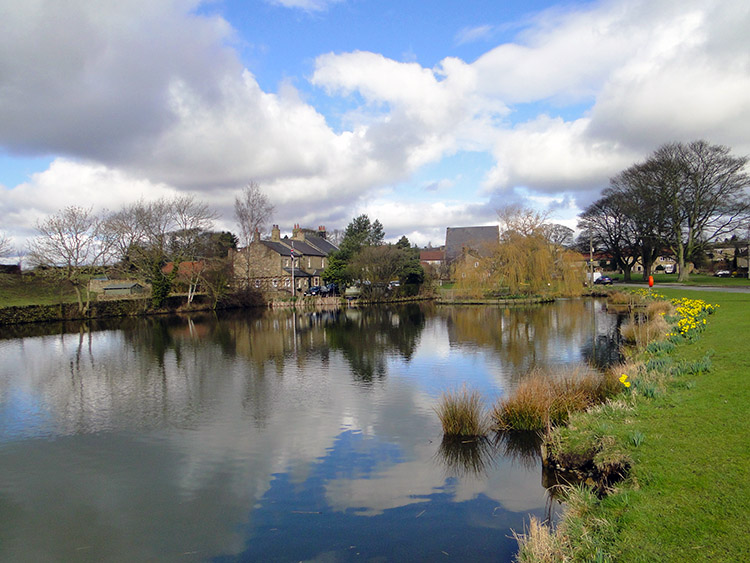 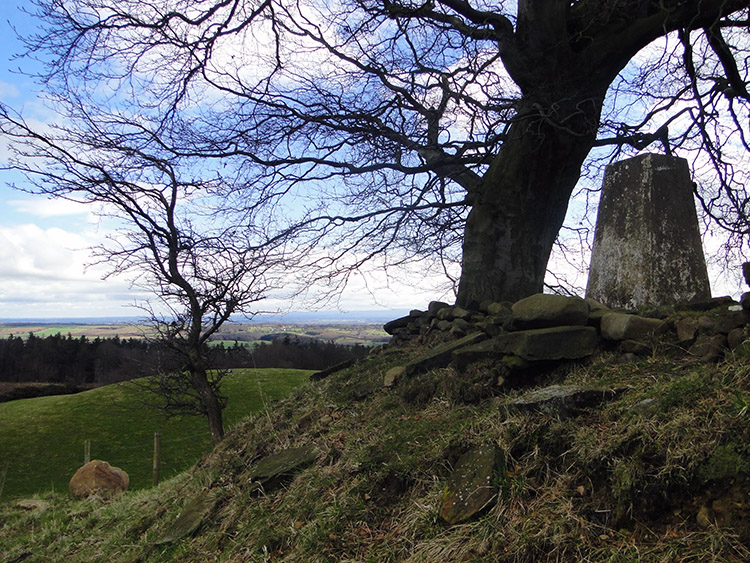 The River Ure is subject of many pub quizzes. It's origins are in Upper Wensleydale in the Yorkshire Dales and it's course takes it through notable places such as Hawes, Aysgarth Falls, Middleham, Masham, Ripon and Boroughbridge before changing name to the River Ouse at Cuddy Shaw Reach (Grid Ref: SE476600) near Linton on Ouse. From it's point of name change the river continues through York and Goole to the Humber Estuary and into the North Sea. Oddly, and unlike other notable Yorkshire Dales whose rivers signify their name like Swale to Swaledale, Wharfe to Wharfedale, Litton to Littondale, Ribble to Ribblesdale, etc; the River Ure is denied it's Uredale. Despite the unlucky assignation the River Ure is a proud river, a magnificent length of water which welcomes both the River Skell at Ripon and River Swale at Aldborough before becoming the Ouse but there is no doubt, the Ure is the Ouse and the Ouse is the Ure. There are no tributaries at the point of change to warrant a name change. It just happens to be so. Anyway, to the walk of which the highlight is a walk alongside the River Ure. Let's go shall we. 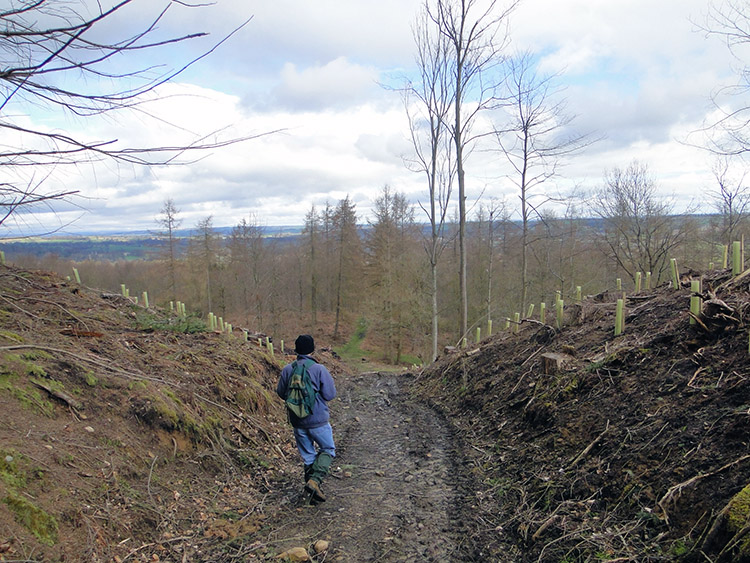 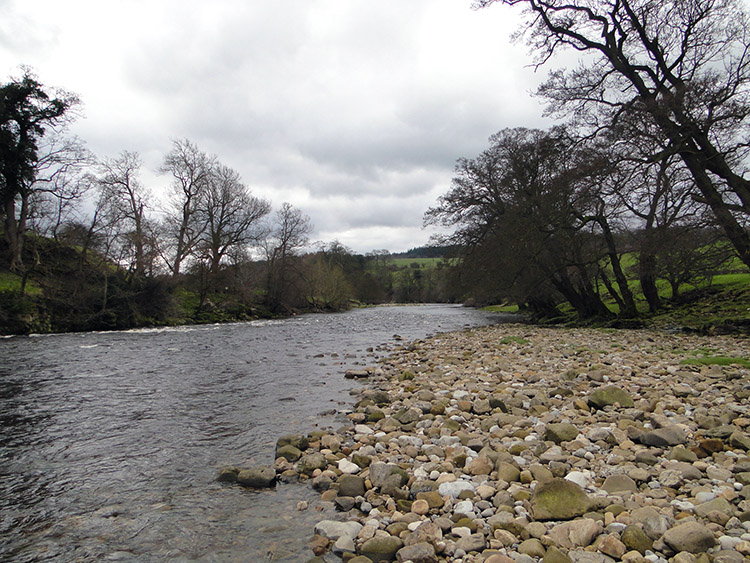 I needed a walk badly. I had not been out since late January and it was now April. I seldom miss walking in one calendar month but this time I had missed two in a row. The long and late winter had played it's part in denying me a walk but equally so had my lethargy, not to mention a family bereavement and other family events like Engagements and Birthdays. Enough of the excuses, Sunday, 4th April 2010 and Easter kick starts the walking in 2010 and we start again here. Dave and I did not fancy a high level walk. Rain and more rain would surely have made the upland peat moor a little too sodden. Better to go low and just walk. We left the lovely village of Grewelthorpe from the village pond and walked north east through the village and onto Nutwith Lane before crossing fields to Horsepasture Hill with it's trig point at the heady altitude of 215 metres. Not to be sniffed at though and good practice for my walk up Skiddaw in the Lake District in a few days time, a mountain a mere 716 metres higher!! Despite being only 215 metres tall Horsepasture Hill provided lovely views of the North York Moors over in the east. Distinct shapes like Roseberry Topping and Sutton Bank stood out clearly. 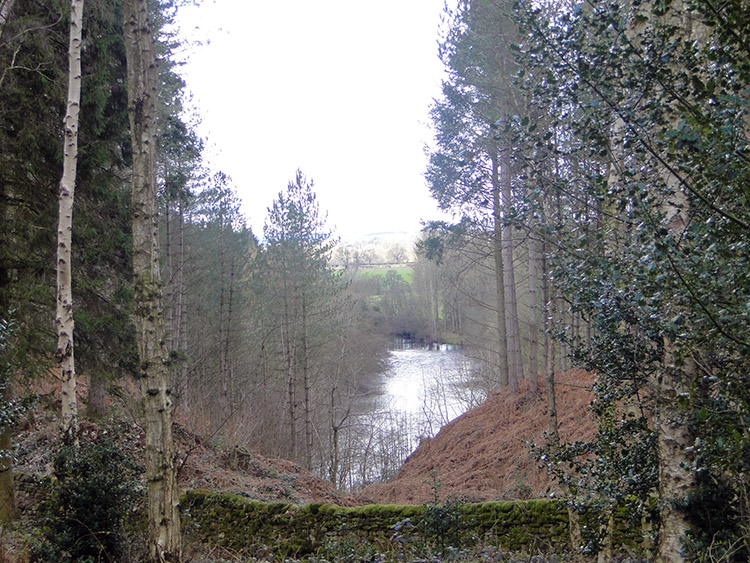 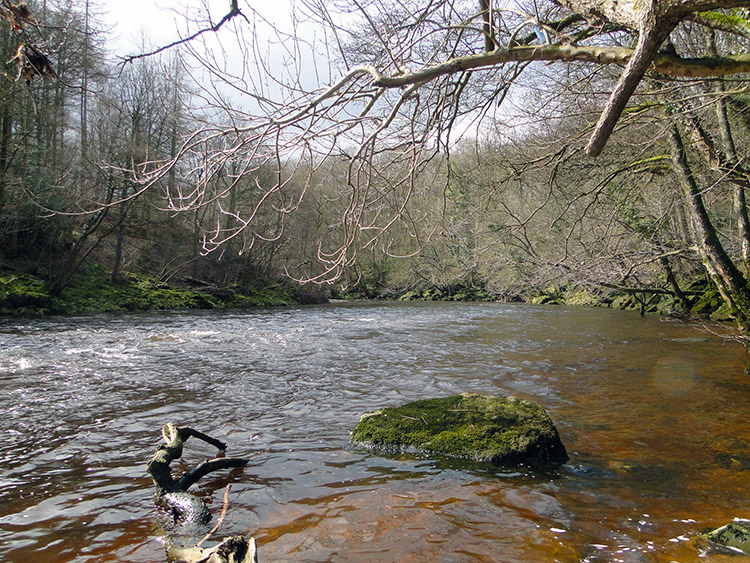 From Horsepasture Hill Dave and I made our way through Nutwith Common at which point the sun came out to share part of the walk with us. It did not stay long but it was to return a little later. After Nutwith Common we walked on the grassy verges alongside Thorpe Lane and looked straight ahead to Masham, a place of distinct memory for me as it was in Masham that I fledged from home 34 years earlier during the long hot summer of 1976. That was the year I first met the River Ure and I was walking straight to her again; to a point where a juvenile misdemenour was committed. Dave and I soon arrived at Low Burn Bridge just south of Masham. Here we met the River Ure for the first time on our walk and this very place was where almost 34 years ago I came with other youths under the cover of darkness to poach trout. We took a few from lines cast the night before and marched with our ill gotten gains back to Masham and to the pan. The trout were protected by the Swinton Estate at Low Burn Bridge but not that night. We had them away. This time I was not poaching trout but enjoying the immensity of the river and from the bridge we left the road and followed the Ure downstream through pasture fields past Badger Lane Farm and Nutwith Cote until we entered Nutwith Cote Wood. On entering the wood a sign greeted us. It said "Apologies walkers. Footpath will be reinstated as soon as possible". It was fair warning. From here the woodland walking was a quagmire.

The River Ure bends round a rock face near Hack Fall

The woodland walking was for 2 miles and very little was firm underfoot. The recent winter with heavy snowfalls and more recent week with heavy rain has reduced Nutwith Cote Wood, Common Wood and Mickley Barras to squelch, squelch, squelch. On the inclines we struggled to get up without slipping back down and on the declines we scamped down to avoid sliding on our backsides. Where we could we left the path and walked though high reed grass which was now growing fast. Wild Garlic was also encountered and it's distinct smell was beginning to perforate the air. We had little option but to trudge through some of the fresh growth. Fortunately there were masses and there was certainty it would recover. Less certain was 'would we?'. The walking was doubly difficult and we were relieved to reach a sandy bank by the river much frequented by walkers. Here we caught our breath and took lunch. The lunch break was also the opportune moment when the sun appeared again. It stayed with us for lunch as if blessing us after our muddy walking efforts to reach the riverbank lunch spot. It was a lovely place and if you get the chance to walk here then visit this place, you will not regret it. Note Grid Reference SE 236775 and make for it as best you can; just not on a wet day or after significant amounts of rain.

Note from Tony Parker, August 2016: The path which follows the river bank through the woods was firm under foot and surrounded by vegetation that will absorb the water. I am fairly confident that it will now remain passable without much trouble even after rain. 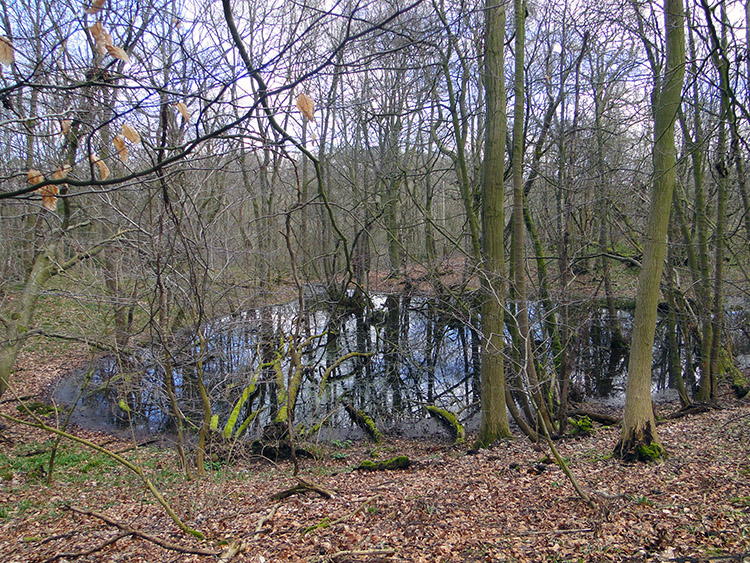 A woodland pond at Mickley Barras 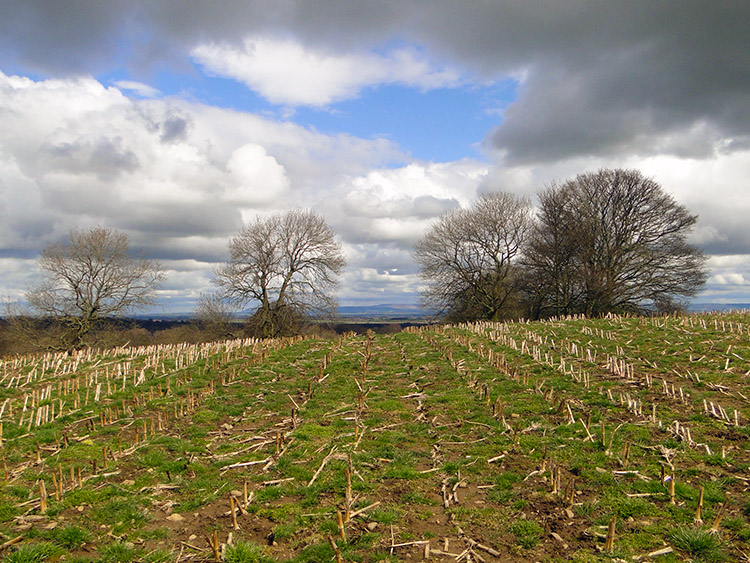 After lunch in the most wonderful spot by the River Ure we got back to the track and followed the Ripon Rowel signs we had first joined at Low Burn Bridge and continued our walk through the woods and through the mud. Curious trees with peculiar shapes took our attention from time to time but the mud was never far from our thoughts. After a final flourish with the River Ure and a central river island near Hack Fall we climbed to Mickley Barras and after more mud we finally left woodland and gloried in the firm lushness of open fields on a short sharp climb to Bush Farm and from there we both wearily tramped though fields and on bridle paths back to Grewelthorpe. The mud had bushed us for sure and we both agreed on completing our journey that we were probably a month soon on this one. The walk was fantastic, the views from Horsepasture Hill, the wide open spaces after Nutwith common, the vibrant thrilling River Ure, the beautiful viewpoints along the river, the fantastic sandy riverside lunch spot. All were spectacular. But that mud... the warning sign was dead right by saying "Apologies Walkers".