Summary: This is a lovely walk, part done on tracks, part on quiet country lanes and then along the best of coastline that Northumberland has to offer. The views back to Bamburgh Castle and forward to the feature castle of Dunstanburgh are sufficient in themselves but there is more for there are lots of interesting rock features & even in the first part of the coastline some sandy beaches if you fancy a paddle in the sea. 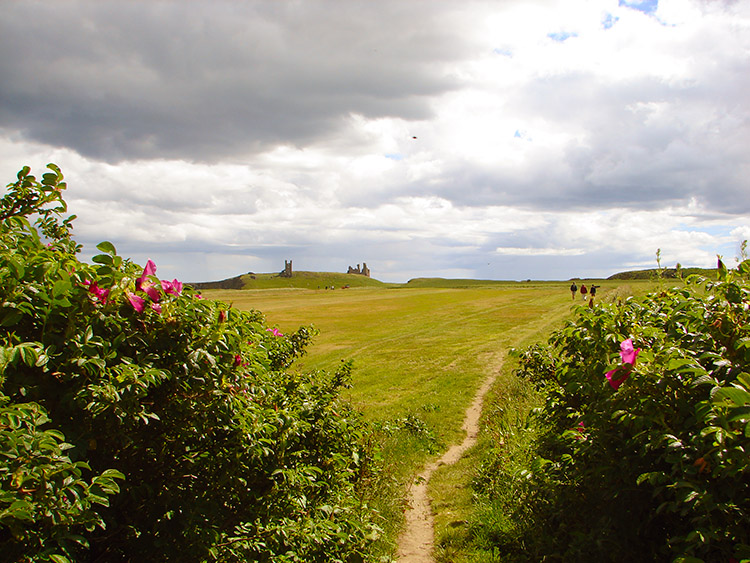 The track to the coast from Embleton 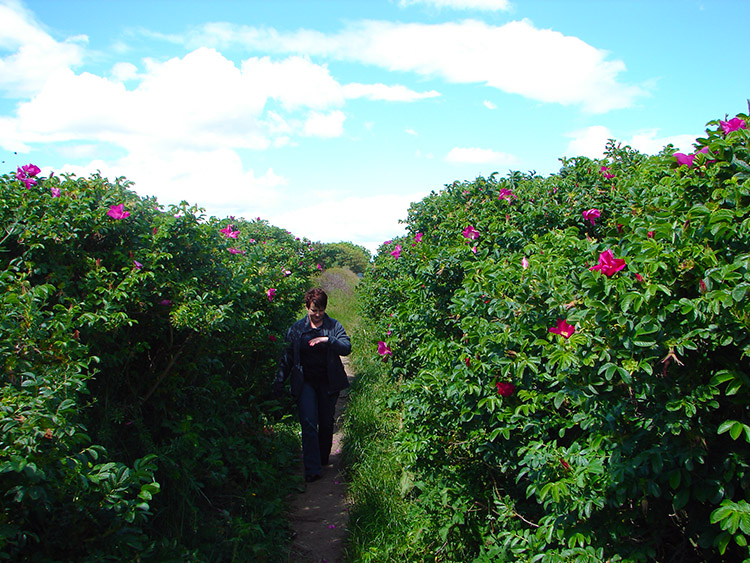 On the way home from a long weekend in Berwick on Tweed the weather was fantastic so Lil and I decided to take the opportunity of a walk along the Northumberland coast and while we were at it why not take in a visit to a ruined castle. And so we did by driving to Craster and following inland tracks to the quiet village of Embleton before walking back along the Northumberland coastline and en-route visiting the ruins of Dunstanburgh castle. 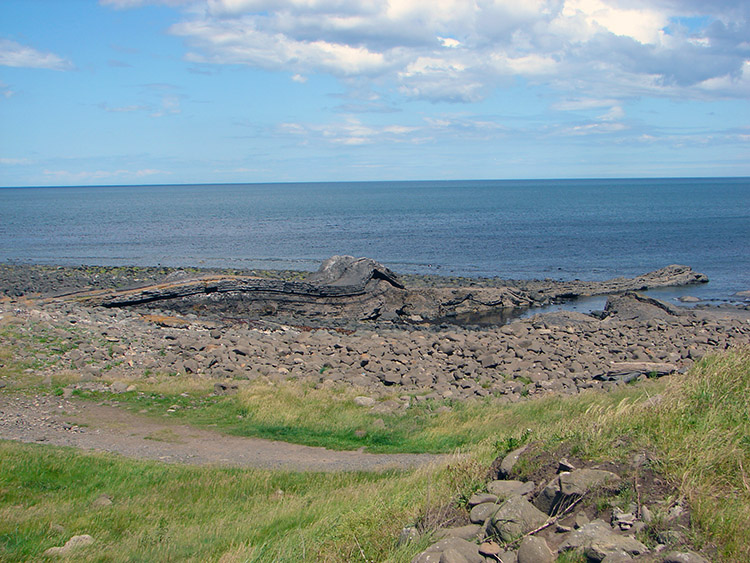 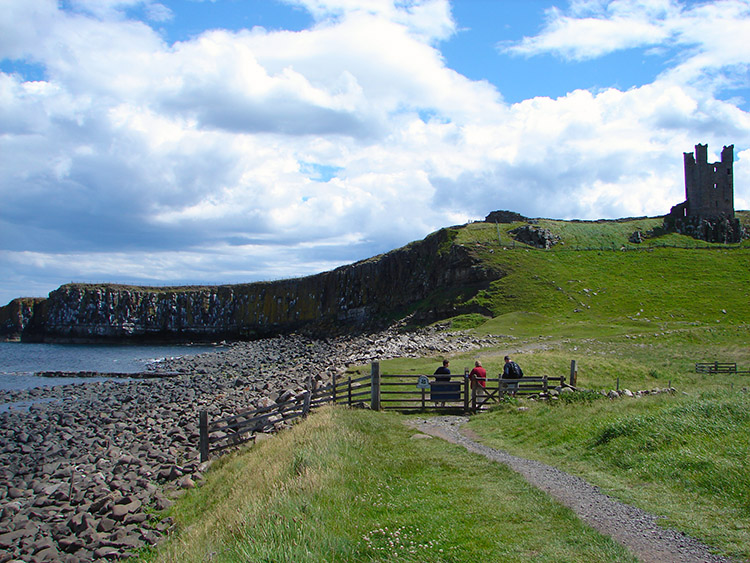 The day was incredibly beautiful with a full blue sky which is always best in early summer before the heat haze takes away the distance views and so we could see for miles and miles throughout the walk which was first done by leaving Craster back along the road from which we came and turning right along a track to The Heughs and Dunstan Square and then by walking on the quiet track north to Dunstan Steads. Then after walking on a few roads into Embleton with no cars to be seen we walked east from the village along a road to the coast at The Skaith.

From the Skaith it was a beautiful walk along the coast to Dunstanburgh Castle that was beckoning. Along the way we watched some golfers trying their very best on the links course between us and the shoreline but we were soon past and at Greymare Rocks and below the castle. 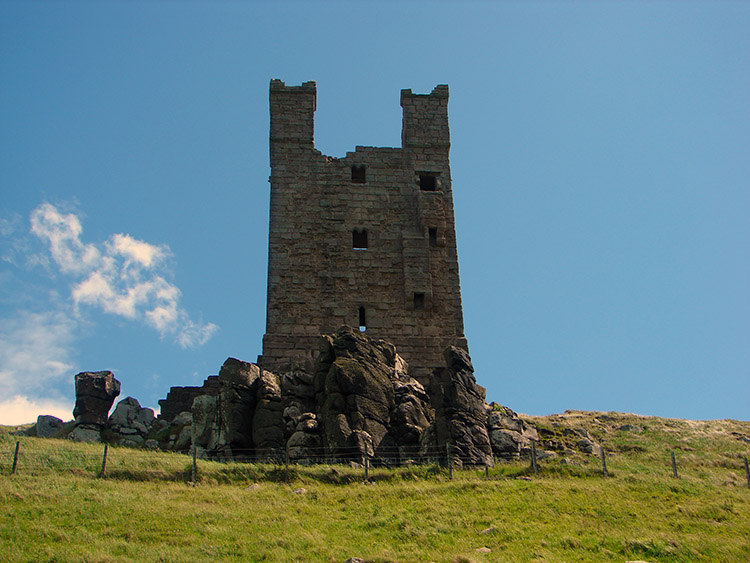 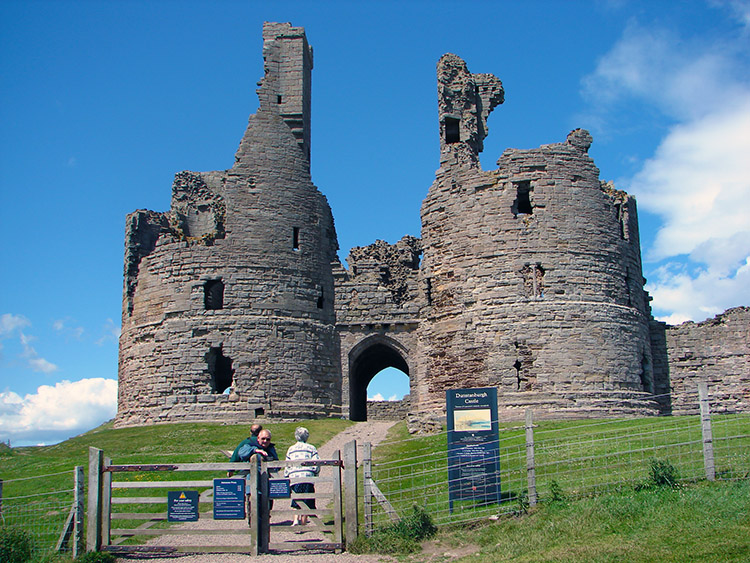 About Dunstanburgh Castle: Perched high on a cliff, Dunstanburgh Castle is now largely ruinous although it rated at one time among the largest and grandest castles in the north of England. Dating from the 14th century, the castle was protected on two sides by the sheer cliff face and the sea. The first building works at Dunstanburgh Castle took place under Thomas, Earl of Lancaster, and the remains of the early 14th century gatehouse can be seen in the form of two D-shaped towers either side of an arched entrance. From these surviving structures it is possible to imagine what a magnificent and imposing building the gatehouse must have been. When, at the end of the 14th century, Dunstanburgh Castle passed into the hands of John of Gaunt, he carried out substantial alterations and closed up the entrance to the gatehouse. Having converted the original gatehouse into residential quarters, a second gatehouse was constructed further along the curtain wall, but almost nothing can be seen of this today, other than its foundations.

John of Gaunt altered the original castle most obviously in the fact that he created an inner and outer Bailey from the existing enclosure. Many of the buildings constructed at the time of the remodelling have long since disappeared, but some fragmentary remains can still be made out along the curtain wall. Situated near to the edge of the cliff on the west curtain wall, the 14th century Lilburn Tower was used as a watchtower. This rectangular structure with its turrets still visible has survived remarkably better than the later buildings. Along the south curtain wall lie the remains of the Constable's Tower and Egyncleugh Tower, the latter likely to have been used as a water gate. Adjacent to the Constable's Tower the foundations of a range of buildings have survived. (Source: The Heritage Trail) 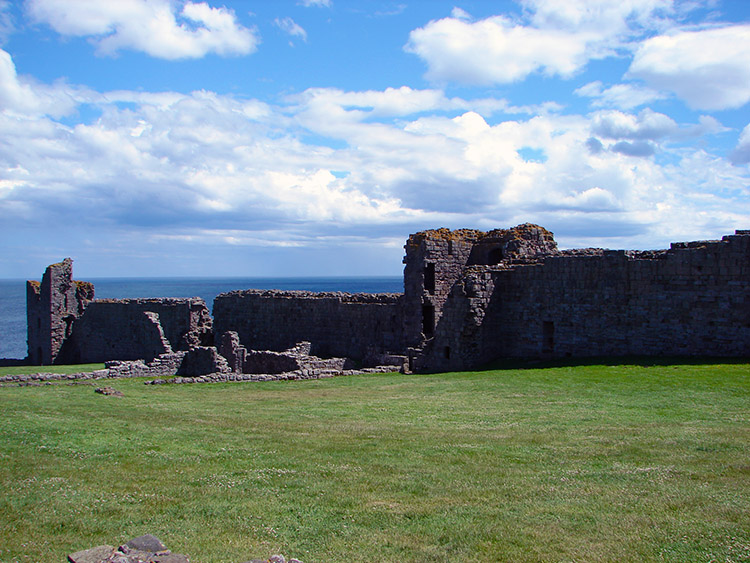 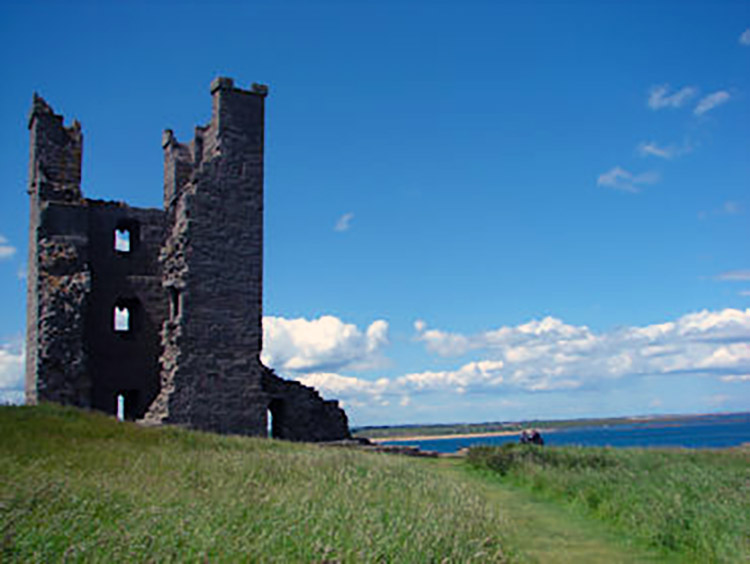 The views from the castle were outstanding as it sits on a high cliff and although the buildings that still stand are far apart I could certainly appreciate the scale and majesty of the castle when it was in its pomp, as grand a place then as Bamburgh Castle, a few miles up the coast to the north is now. After the castle visit the walk was just a gentle amble back into Craster for a well earned cup of tea and a scone. Lovely. 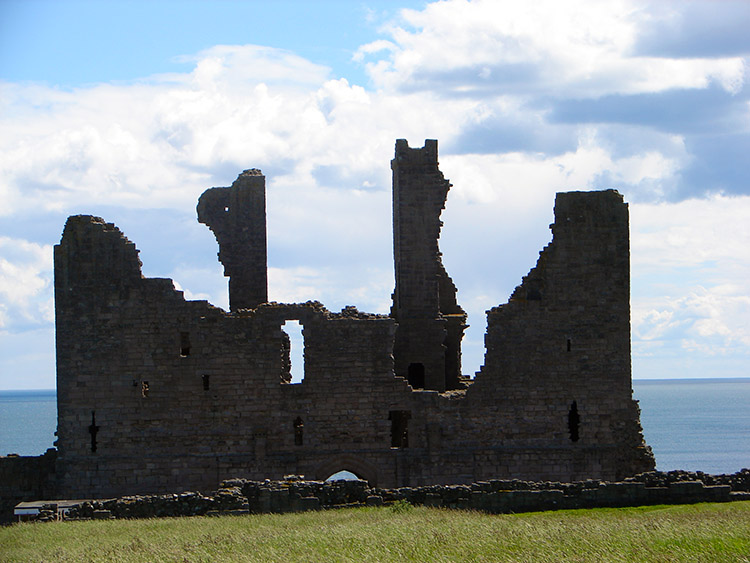 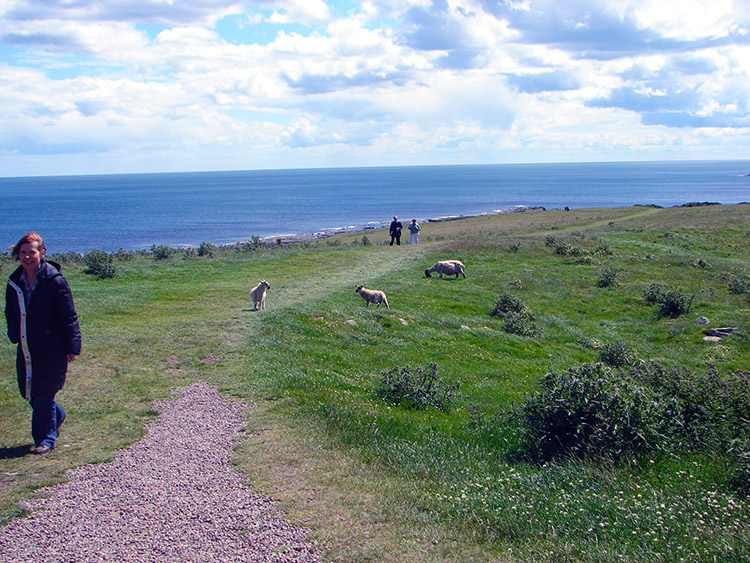