Summary: This is a walk I had wanted to do for a long time. Teesdale is a marvellous place and Upper Teesdale and the North Pennines are particularly stunning; a place with a special remote feel. I walked in woodland, on barren high ground, to whitewashed farmsteads and then along the River Tees to three incredible waterfalls and many other natural wonders on a breathtaking half-day walk. This is the story of that journey. 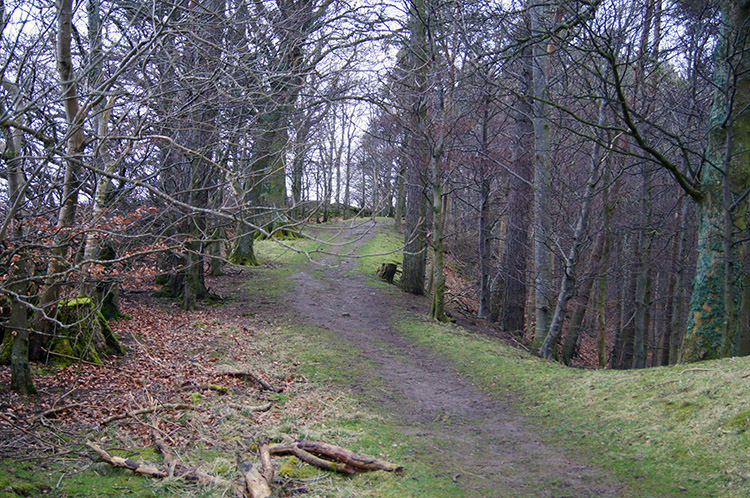 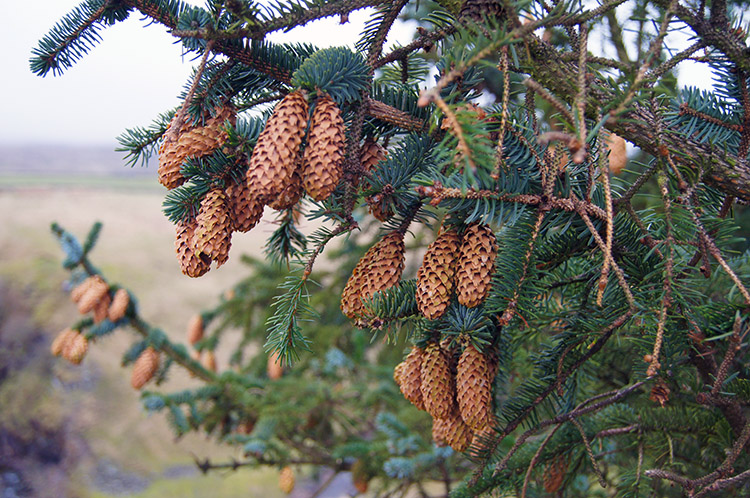 This walk of eight and three-quarter miles was so special. I took the opportunity to do it while on a long weekend break in Barnard Castle with my wife Lil and some friends and by doing so I ticked off one of the nagging 'to do' walks that had been on my walking agenda for a long time. In fact, it was eight years previous when Lil and I had visited High Force while driving through Teesdale that I determined to pay the biggest waterfall in England proper respect by designing a walk to compliment it. Looking at the map I saw there was Low Force Waterfall a further mile and a half downstream on the Tees and then a half mile upstream from High Force was yet another waterfall, Bleabeck Force. So with the three waterfalls as objectives and a circular walk as design I plotted a route to include a high ground outward section and the return along the river. After being dropped off at Bowlees Nature Reserve car park by Lil who returned to Barnard Castle I set off by walking through the lovely nature reserve woodland. Being mid March the wood was not showing any sign of growth from bud but I enjoyed some lovely moments looking at mature cones hanging in clusters from evergreens. It was not long after my short spell of wonder that the woodland enclosure ceded to open land exposure. 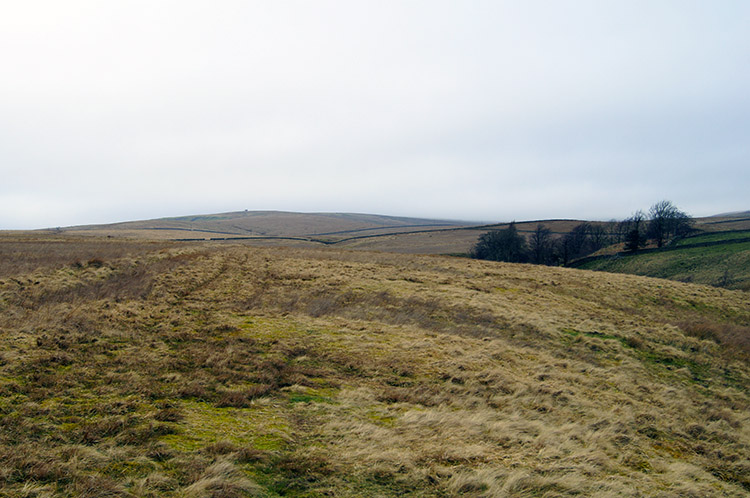 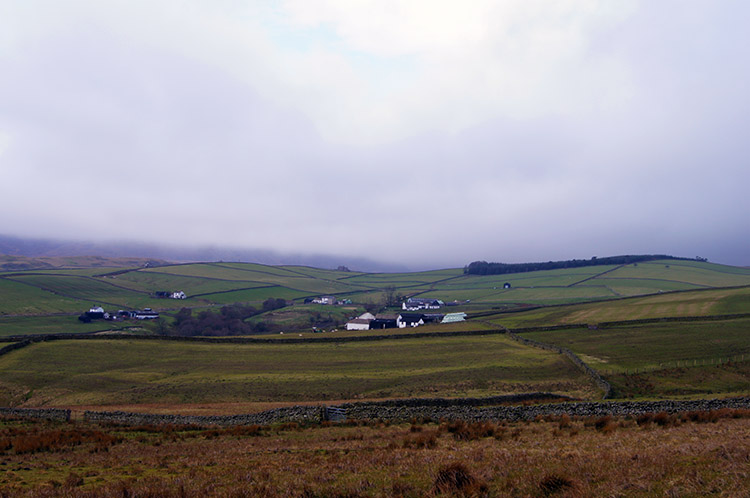 Abruptly by making my way over a wall stile I found myself in open moorland. Despite attempts of early spring sunshine to break through there was a marked wind chill from a strong breeze making its way eastwards through Teesdale. The wind was strong enough to make walking difficult over the grassy tussocks of Friar House Allotment. As I walked on in forward hunched gait I kept pulling my hat down over my ears to keep them from freezing; it was a cold wind. I was temporarily relieved from the wind as I dropped down to cross Causeway Sike but soon in it again as I climbed from the cut. From Friar House Allotment I headed off the harsh moor to farmed pasture in Ettersgill but there was still a cold wind in my face. The effect was soon forgotten though as I approached Ashdub Farm for as I neared the buildings a menacing sheepdog ran toward me. Getting ready to appease and if that did not work to kick out I was heartened to see the dog was muzzled. It did not stop him pushing on me, following closely and barking at me as I walked through the farmyard. I hurried on trying not to act fearful or to catch his eye. Then I was through a gate, walking away briskly and not looking back. The barking stopped. He had made his point. 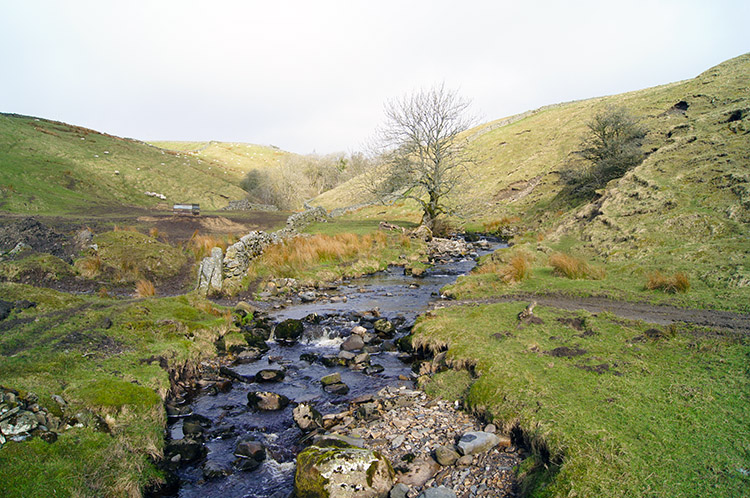 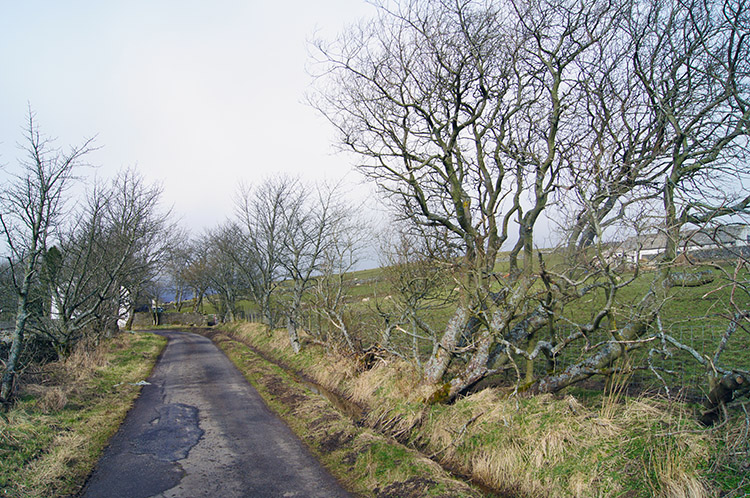 Walking from the moor toward Dale Cottage

From Ashdub I continued on over high pasture to Birch Bush and as I crossed Ettersgill Beck I revelled at the appearance of sunshine. It had been trying to make its way through cloud as I had crossed the moor but only fleetingly achieved it in the distant west. On some occasions when it did the sunshine make the whitewashed stone of all the farmsteads shine so bright. It had been a joy to behold and now with the sun giving greater purchase I hoped for the opportunity to see more. From Birch Bush I crossed a road and followed a few more fields, these filled with sheep, to join a road which I followed to Dale Cottage. I was now descending to the valley of Upper Teesdale. Here there was not so much wind and with the sun also trying to help the warming I did not feel the cold that had been with me when higher up in Teesdale. 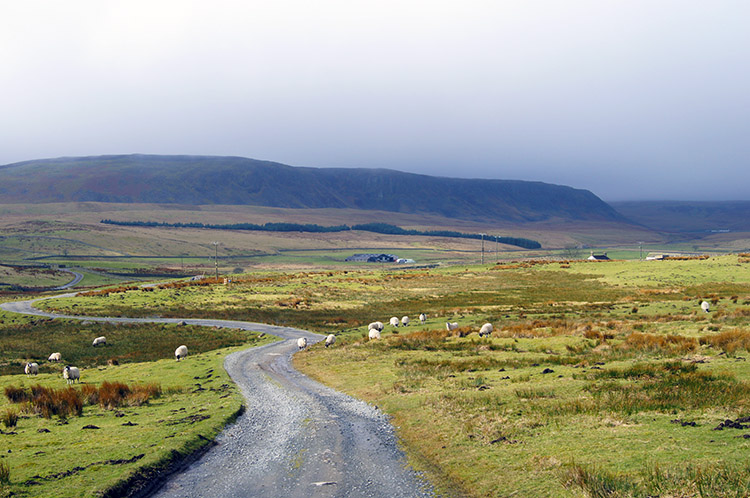 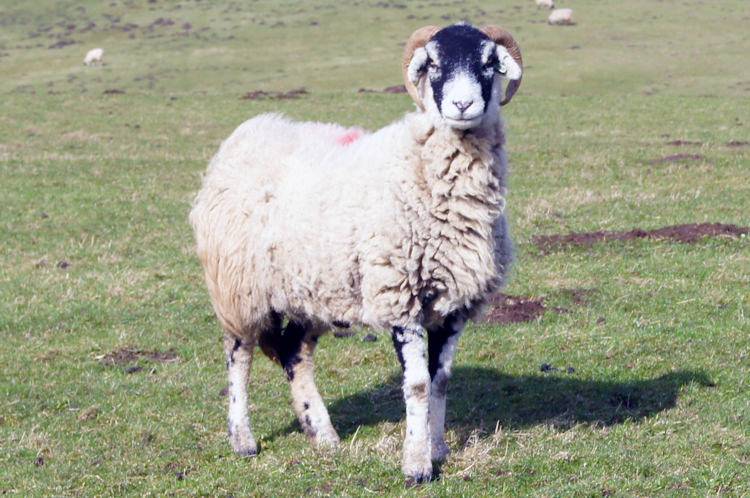 I had a distinct feeling of excitement as I crossed the B6277 Teesdale Road and headed down towards the river. As I walked down a good track to Wat Garth I looked at the hump of Cronkley Scar directly ahead. I also made observations of grazing sheep while they made observations of me. Most of the sheep looked fleetingly toward me and moved to safe distance but one took my attention. He stood proud and faced me with such a fixed stare that I had time to acknowledge him and take out my camera to capture his stance. I was impressed and I walked on without making any challenge to honour his determination. 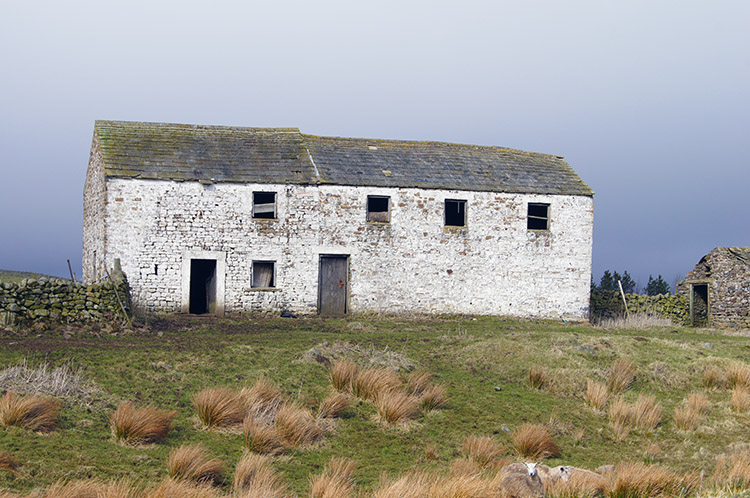 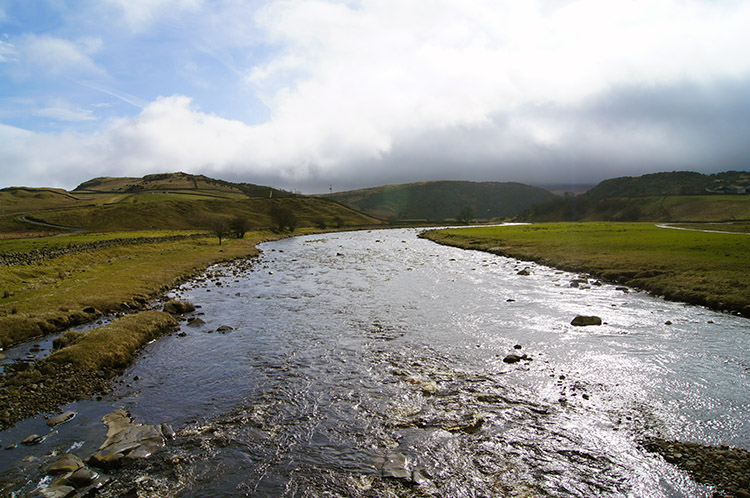 After continuing down the track I walked through Wat Garth and passed some impressive unused barns which would sell for a song if further down the valley. At Wat Garth the track terminated and I followed a track down toward a bridge over the River Tees which marked the point at which I joined the Pennine Way. Now I was to begin an amazing walk back to Bowlees while always close to the magnificent river. The surrounding countryside was amazing too, I was transfixed by the raw beauty. As I began the walk along the river to Cronkley Farm I was joined by some pairs of Lapwings who urged me to follow their erratic but ever graceful flight in order to lead me from their nesting sites. I had no desire to interfere with their preparations for a busy spring and walked on with as little intimidation as I could show until I was out of their range. It was a popular spot though for as I cleared one group of Lapwings I disturbed another. It went on for a while until I passed Cronkley Farm and ascended up a short steep bank to High Crag. 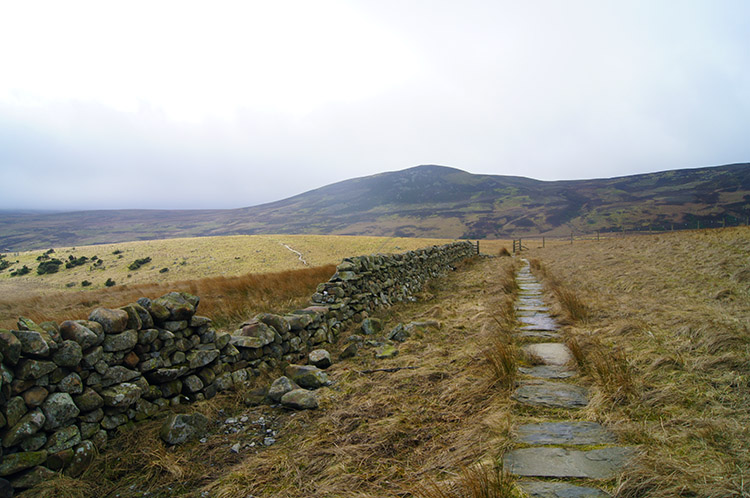 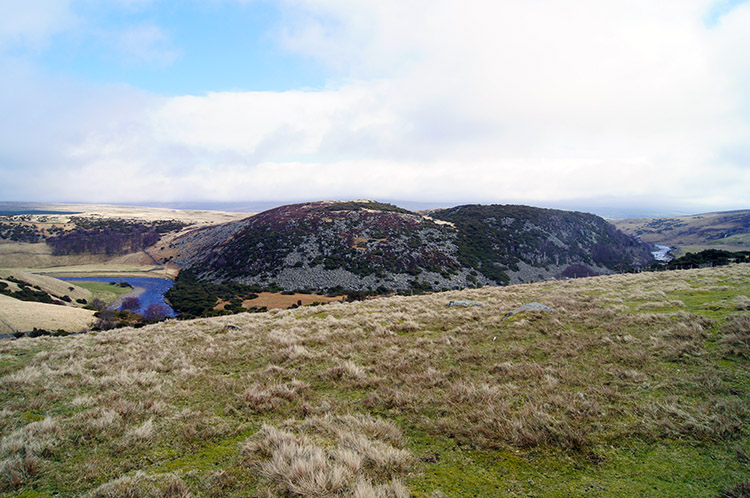 Having climbed High Crag I enjoyed my last high level section of walking for the day as I crossed Bracken Rigg towards Pasture Foot. Bracken Rigg was strewn with gorse and with short grass around too it was a lovely section of the walk. Views were tremendous on Bracken Rigg with a fantastic vista of the River Tees meandering its way around the twin domes of High Knott and Yearl Hill. Beyond and further downstream I could hear noise, not natural, and then I saw corrugated buildings by the riverside. I realised I was approaching a quarry. 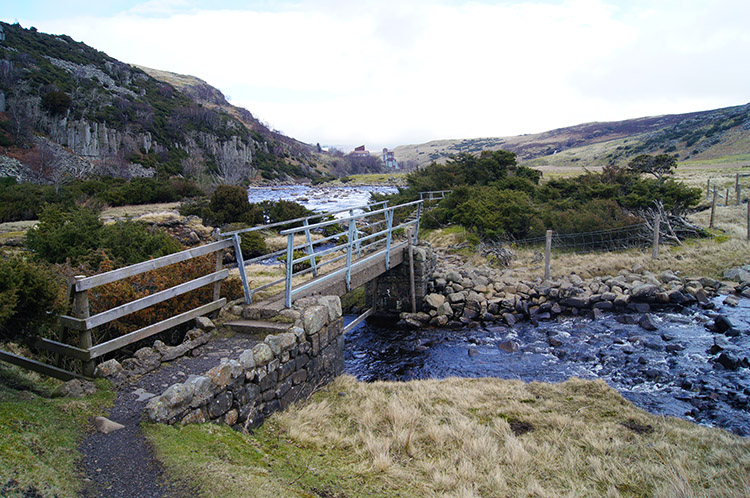 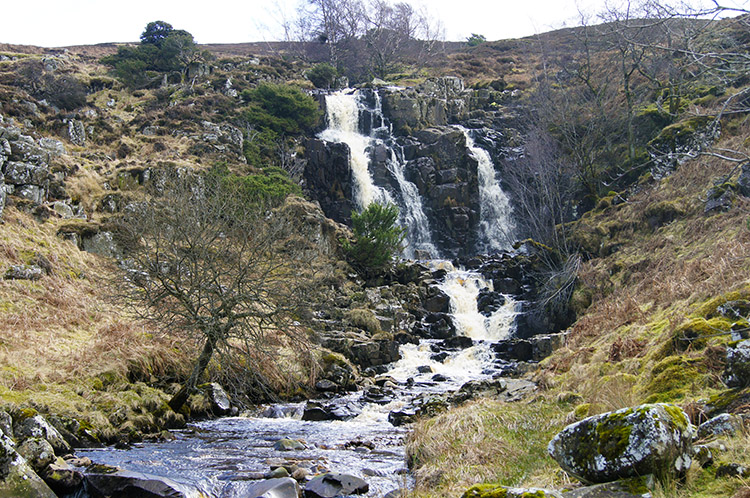 Before I reached the quarry I made my way to Pasture Foot where I rejoined my close walk with the river. As I crossed Pasture Foot I looked for Bleabeck Force; it was on the map and it did not take me long to spot the wonderful waterfall as it cascaded from Whiteholm Bank are Ore Carr. Bleabeck Force helps the waters reach the River Tees quickly, it is barely 100 metres away from the river. It's proximity to the River Tees adds to the special quality of the place. Because of the wonderful waterfall I hardly noticed the quarry. It was now behind me. I pressed on toward High Force. 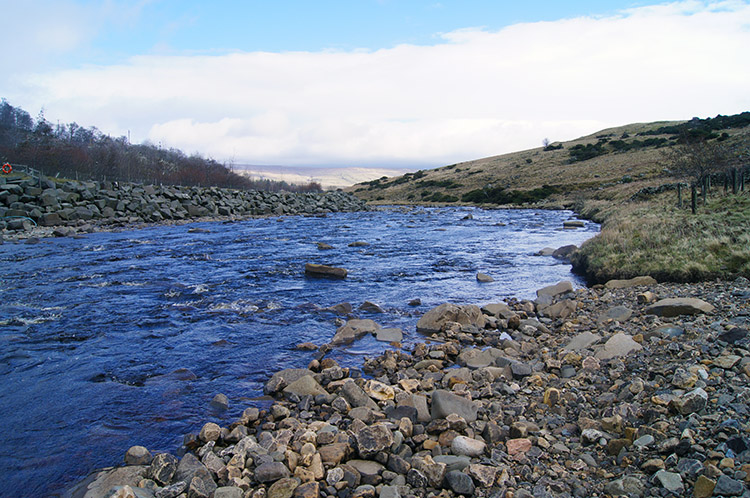 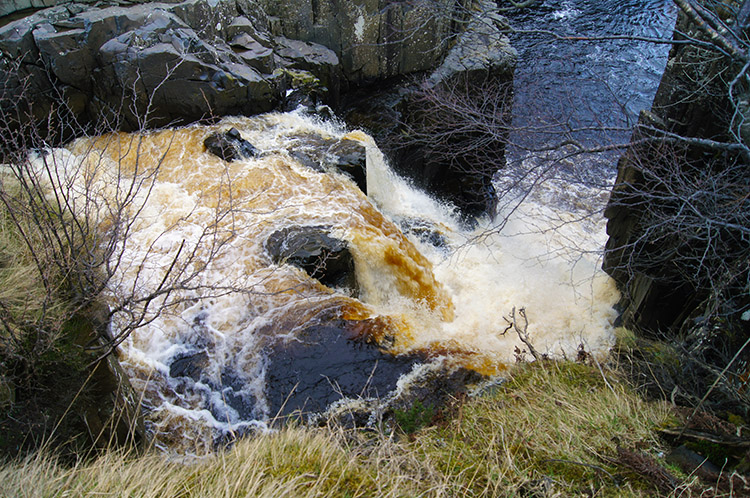 The next section of walking from Bleabeck Force to High Force was on a lovely path and always near to the riverside. It was such an enjoyable walk and there was still much to come, all kept me enthralled. Soon, for the distance between Bleabeck Force and High Force is just a half mile, I was nearing the famous waterfall. I knew because I spotted a red life buoy on a post, put there if anyone was so foolhardy to play with the present danger. I passed the safety item and came close to the downfall of the waterfall as it sent water cascading over Whin Sill for 70 feet to the plunge pool below. High Force while not being the highest waterfall in England, nor the one with the longest single drop is undoubtedly the greatest in terms of the volume water it sends roaring over the precipice. 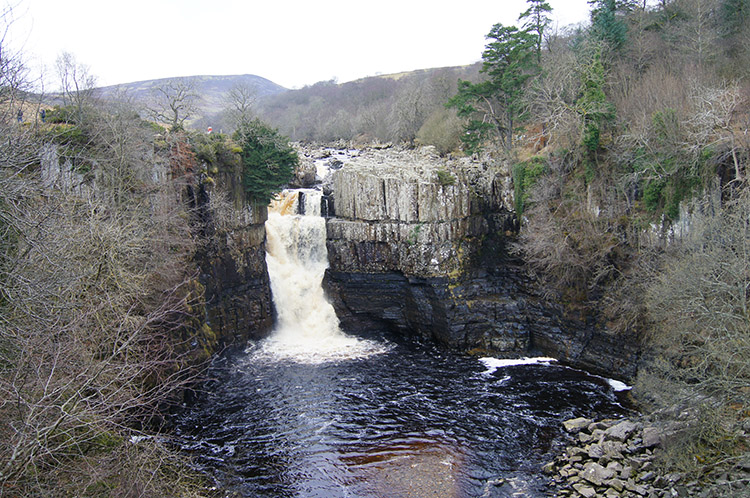 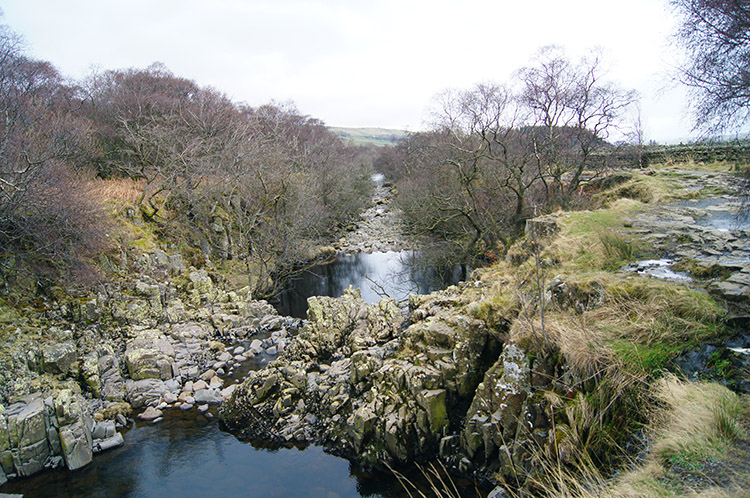 Ox-Bow in the River Tees near Low Force

I stayed for a while at High Force, took photographs and a series of videos and then I sat contemplatively while just watching water flow over the stupendous waterfall. It was an amazing time, one of many enjoyed on the walk. Then I stood up, turned and walked on by following the river downstream. First I passed Keedholm Scar and then I came to an amazing section of the river where a full cut of 100 metres at a slightly higher elevation was cut off from the main river course. Obviously joined to the River Tees when in spate and flood, now the waters were low enough to cut off the section which is probably assuming an Ox-Bow characteristic. 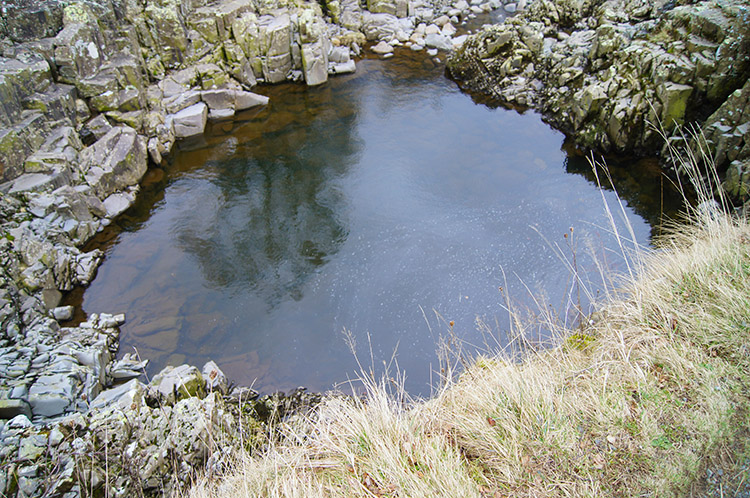 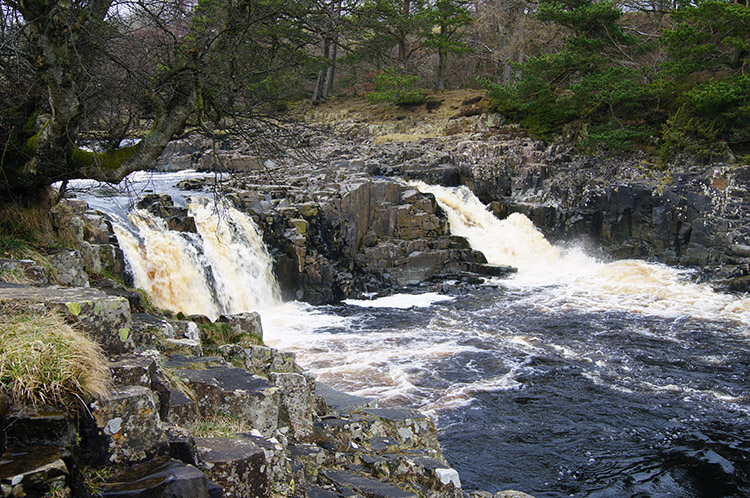 The characteristic of Ox-Bow was reinforced by a series of silent pools on the elevated cut off section of the river. I guess many people have made their way to the semi island between and lunched or picnicked while taking the day by the river, more so as the feature is just a few hundred yards upstream of Low Force which I headed toward after reflecting on the geological masterpiece. 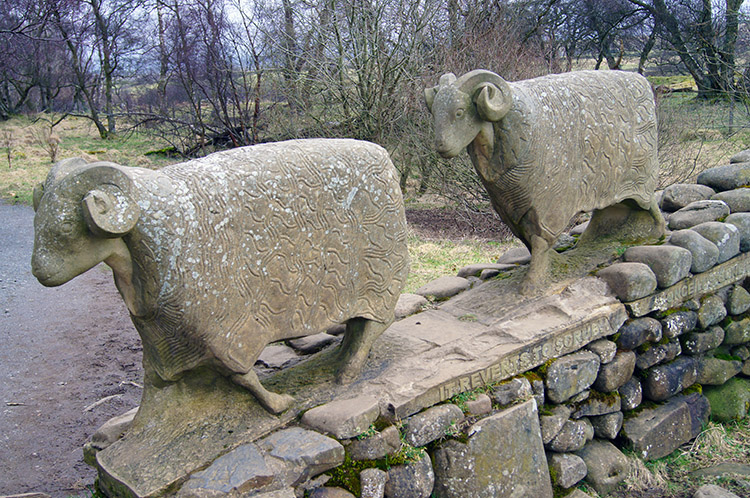 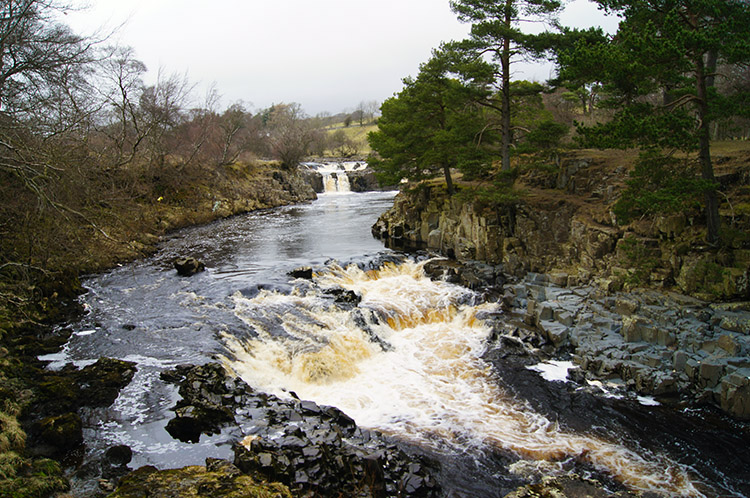 Looking back to Low Force

And so my walk came to an end as I reached Low Force, itself a series of small and extremely beautiful waterfalls. I also came across two sculptured sheep and then a group of schoolchildren from Middlesbrough who were enjoying an adventure break. I spoke with their instructor for a while and we both agreed it was such a good thing to give youngsters a chance to see natural wonders such as Low Force. They all seemed to be enjoying themselves. I certainly was as I took in the beauty of Low Force before I returned to Bowlees where Lil has just returned to with the car. The return involved crossing to the north bank of the river by way of the Wynch Bridge. This lovely bridge owes its existence to the Holwick lead miners and is the second bridge as the first one collapsed in 1802 sadly taking one of the miners with it. The bridge is single file and one is not recommended to cross until the previous walker has cleared the bridge.

In conclusion this was a really amazing walk. I enjoyed it all with the high moor of Teesdale giving fantastic panoramas. The whitewashed buildings give a rural splendour to the area. The river is just fantastic throughout. And I'll never forget the three distinctly different waterfalls - each one of them incredible.