Summary: This beautiful walk around Loch an Eilein is in the heart of the Rothiemurchus Forest and it is a true delight strolling around the water. Apart from the natural features there is a ruined castle on a little island in the loch that has an interesting history. It is a magical walk throughout the three and a third miles. 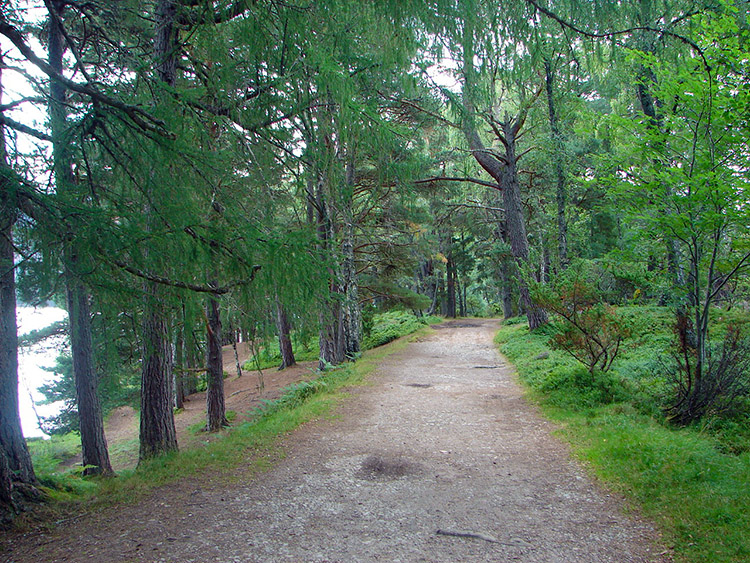 Setting off around Loch an Eilein 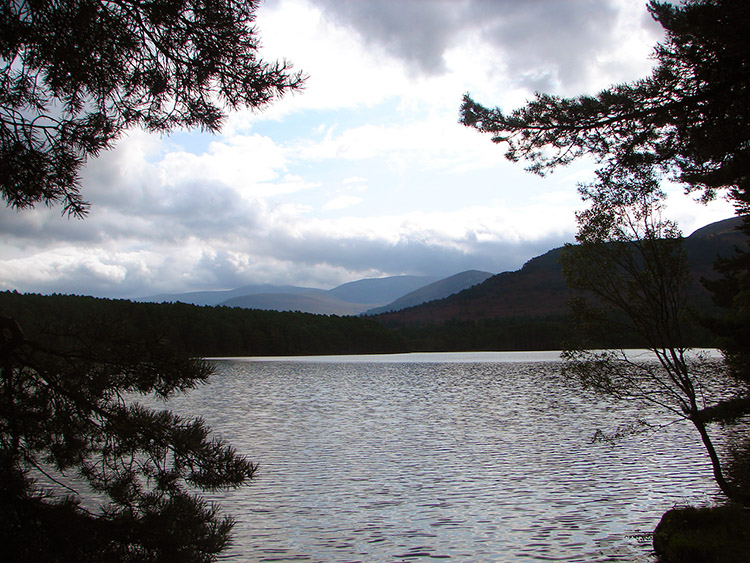 Loch an Eilein is a place steeped in history, set in Rothiemurchus within one of the largest remaining ancient Caledonian Forests. Roe deer and red squirrels are seen quite often within the forests, as well as many varieties of bird life including Osprey and Scottish Crossbill. On the walk I did not have the fortune to see any, although some I did hear but what I did enjoy was a brilliant walk in lovely sunny weather which brought out the fantastic colours of the Scottish Heather bloom. It was soon into the walk though that I completely distracted myself from the fauna and flora to view the splendid castle on the loch. 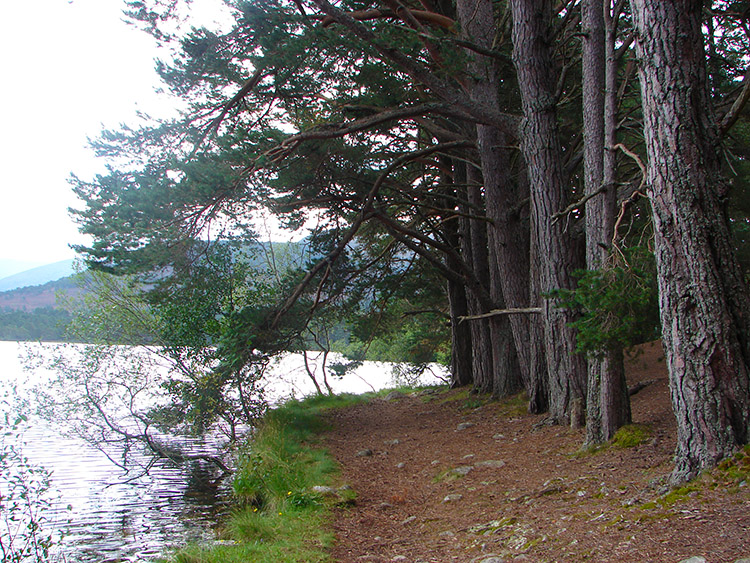 Trees stand to attention at the loch edge 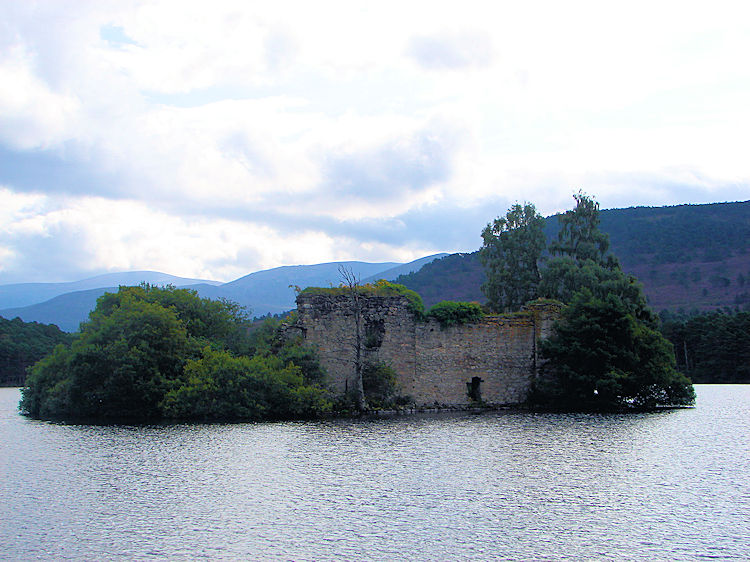 The castle on Loch an Eilein

A little history of the castle: The castle was once a stronghold of the Wolf of Badenoch who died around the turn of the 15th century. The Jacobites, retreating from Cromdale in 1690, besieged the castle, led by Dame Grizel Mor Grant, widow of the fifth laird Grant. At this time the castle was connected to the shore by a causeway. The causeway was lost when the water level in the loch was raised in the 18th century.' 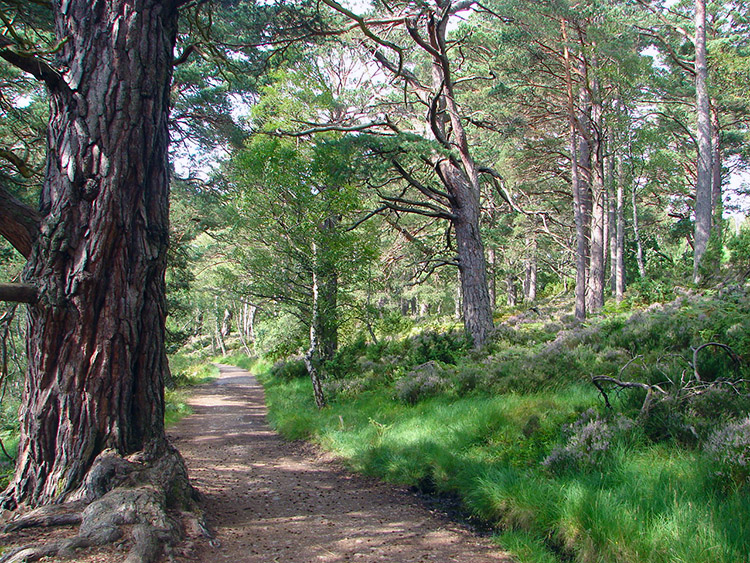 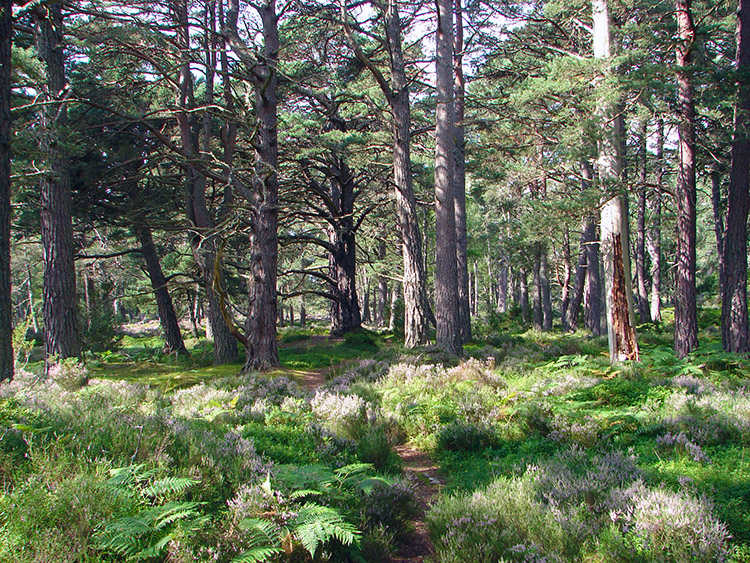 A much loved place

After viewing the castle that remained a safe haven for centuries I walked west along resplendent woodland with a floor canopy of brilliant blooming heather. This was definitely the best time to be walking around Loch an Eiein, the colours of the heather and trees with sun piercing the tree tops to produce sunlit avenues on the paths making it a kaleidoscope of hues. The walk was absolutely fabulous. 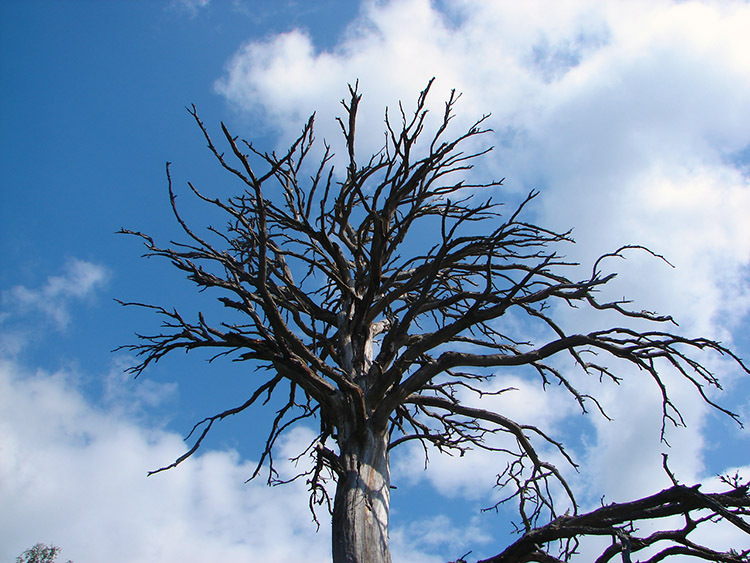 Even dead trees bring their beauty to the fore 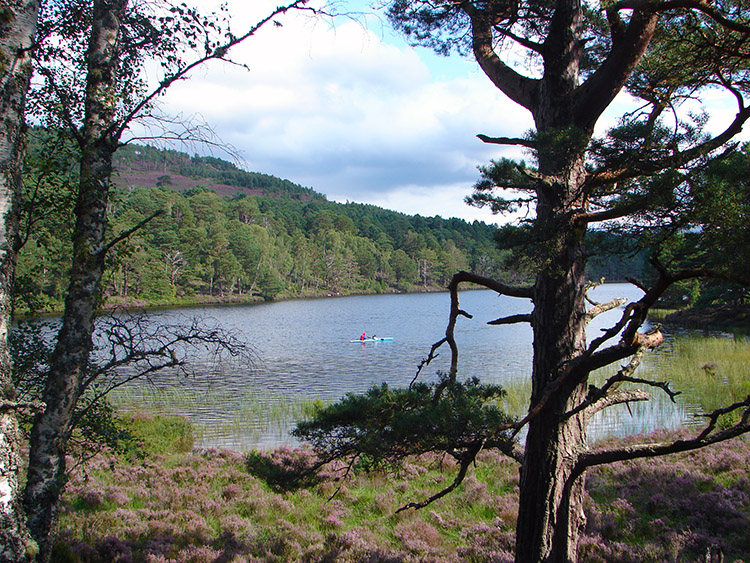 View over Loch an Eilein

Notes about the Loch: A few pike in the loch become monsters of 30lbs by eating anything smaller. Also Goldeneye Duck can be seen on the surface (unless the Pike get them!) and Ospreys can be seen overhead in summer. also to be found are crested tit and crossbill flying in the woods and red deer on the hills beyond. 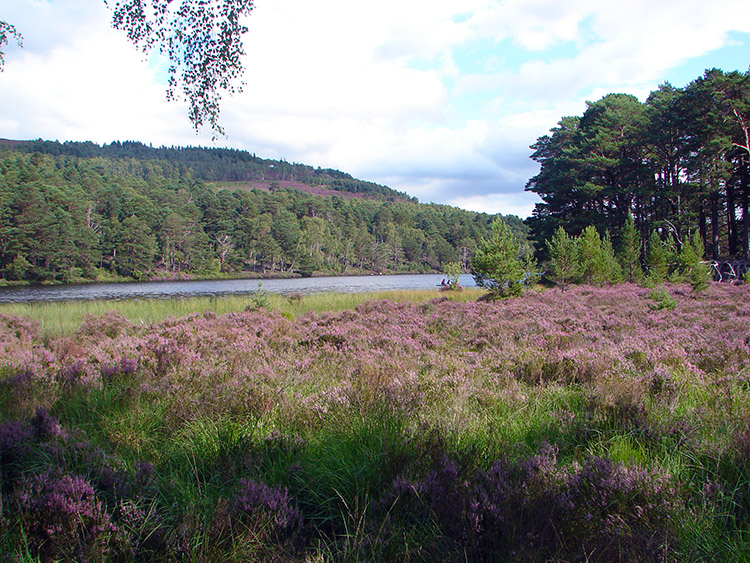 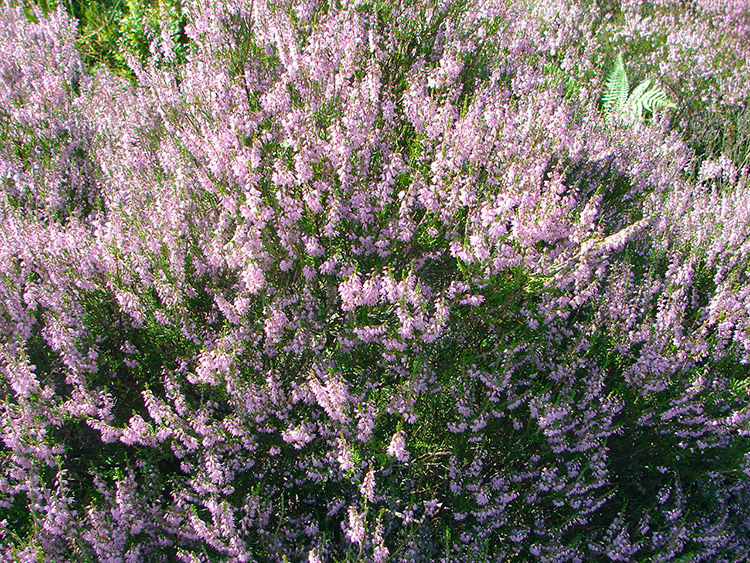 Half way into the walk and at the southern end of Loch an Eilein is the linking waters to Loch Gamhna. This 'Loch of the Stirks (young cattle)' was used centuries ago by cattle raiders as an access route to Strathspey. In the hope that the main herds would be spared local folk tied a few cows to a tree beside loch Gamhna. 'Thieves Road' south of the loch was used in 1644 by forces of the Marquis of Montrose who marched through in pursuit of the Duke of Argyll's army. 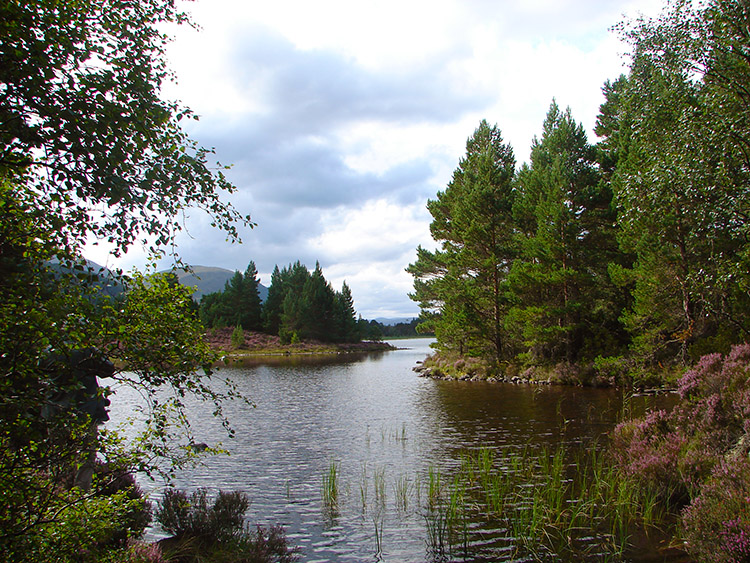 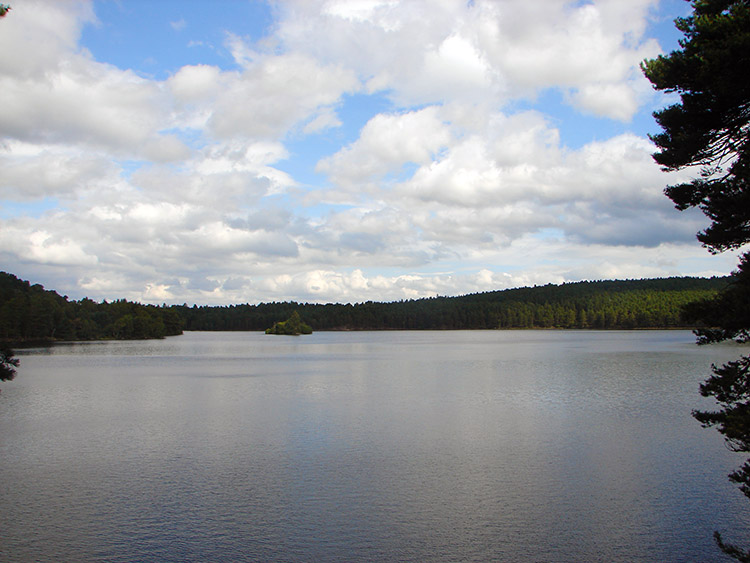 A few words about the forest: For hundreds of years people lived in Rothiemurchus Forest which had a lime kiln and a grain mill close to Loch an Eilein. Before railways or decent roads the loch was dammed up to create artificial floods to transport logs on the River Spey downstream. The viewpoint between Loch an Eilein and Loch Gamhna was one of my favourite viewpoints of all the walk. 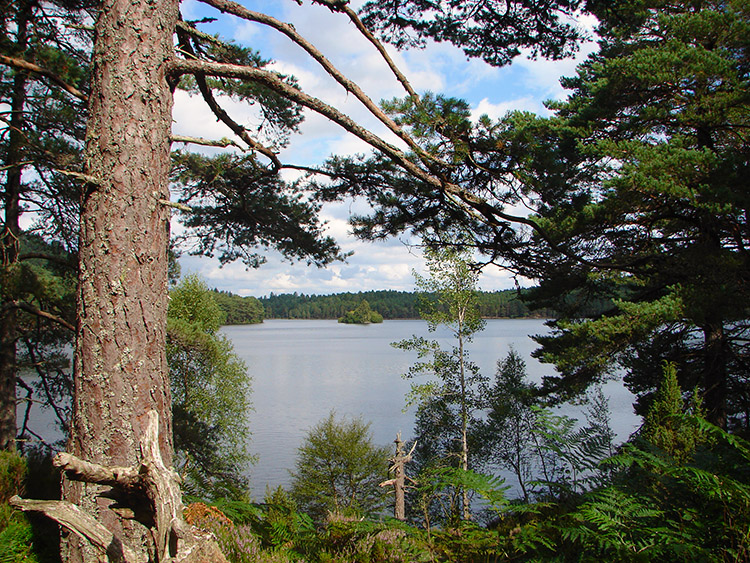 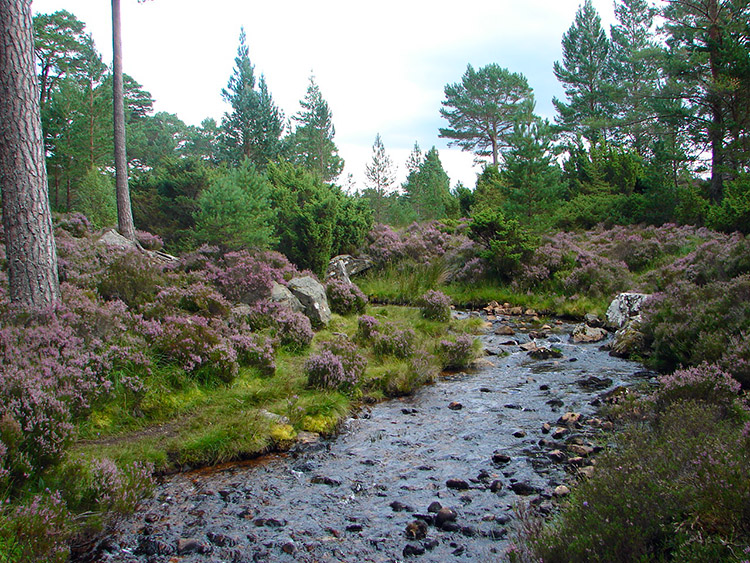 I stayed at the viewpoint between Loch an Eilein and Loch Gamhna for what seemed an age. It was so beautiful that I stayed a little longer than usual while an irritating cloud stopped me taking the perfect picture. Patience rewarded I got it. After Loch Gasmhna I really enjoyed the remainder of the walk, as did my wife Lil who accompanied me. It was super dooper.