Summary: I did my fabulous walk on Bodmin Moor as part of my long distance 1,120 mile walk down the length of Great Britain in the summer of 2011. My route is exactly as shown here from Five Lanes to Brown Willy and Rough Tor. The return is designed as I would have done it had it been a circular walk. In my case, in the company of Strolling Steve I continued west from Rough Tor to arrive in Churchtown. It was a spectacular days walking as I am sure this circular walk would have been. 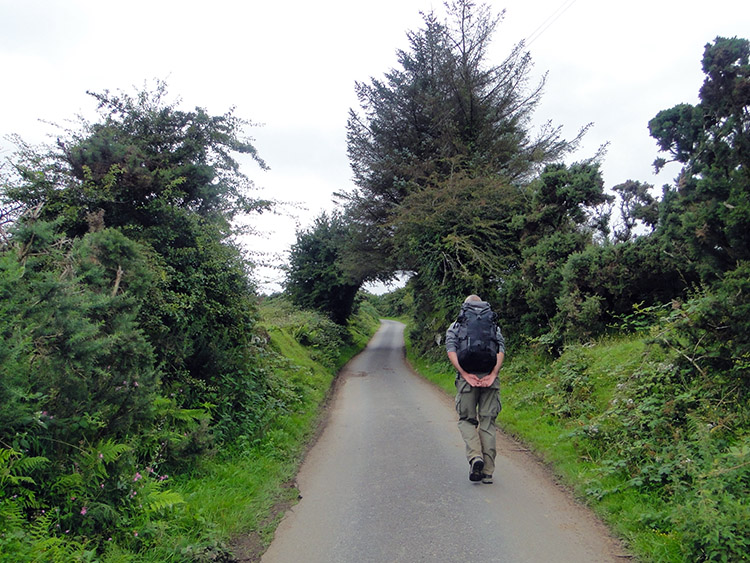 Walking from Five Lanes to Westmoorgate 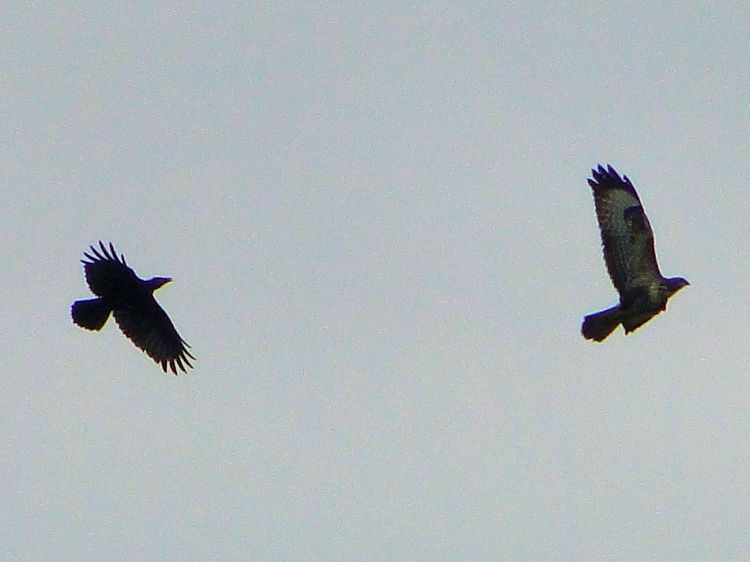 Strolling Steve set off from Five Lanes on an overcast morning but the weather forecast promised an improvement as the day progressed. Despite the early morning gloom we were in good spirits as this was my last moorland section of the 1,000 Mile Walk and Bodmin Moor had always been high in my anticipation. The beginning of the walk saw us make a steady climb to the moor along a quite country road to Trewint and then to Westmoorgate. As we walked along the lane we met a lady out walking her two dogs who were enjoying the exercise. Just afterwards our eyes were fixed skywards as we watched a group of crows ferociously mobbing a Buzzard. First four gave the chase, then three, then two and finally just one who persisted in the harassment until the Buzzard disappeared onto the moor. After the aerial dogfight silence prevailed and we reached Westmoorgate and made our way onto Bodmin Moor. 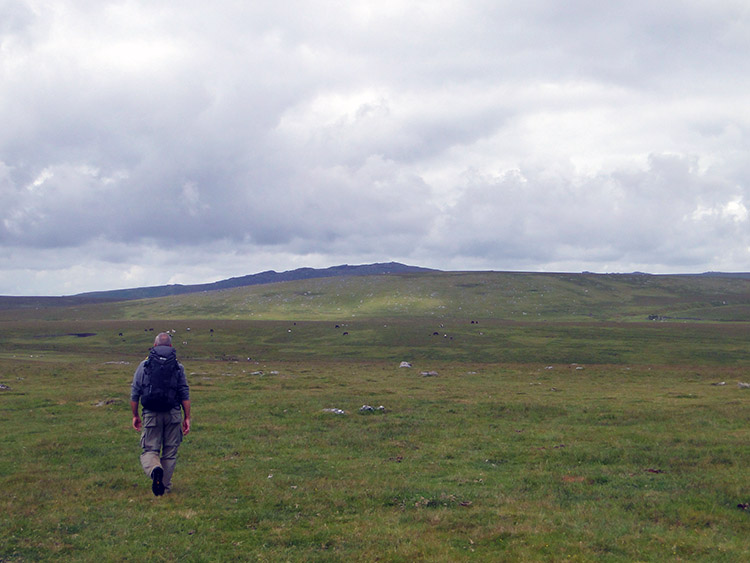 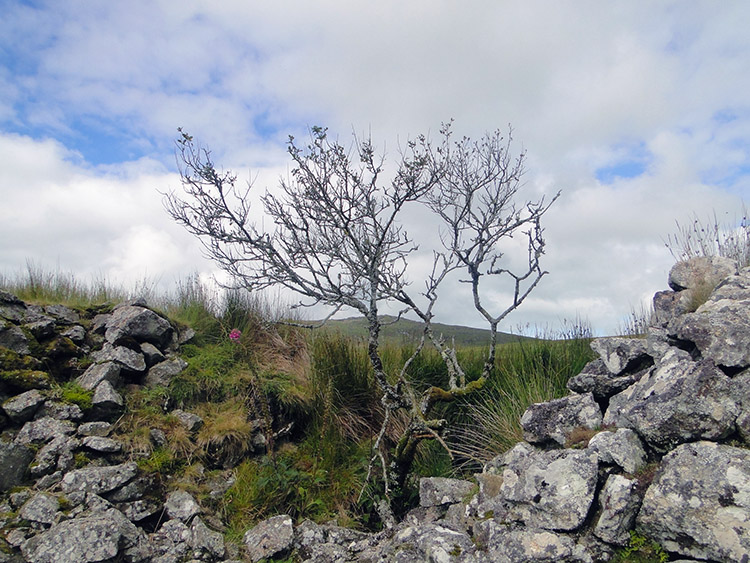 After passing Westmoorgate a track we intended to follow for a while headed west but the short grass was much easier to walk on so we walked parallel to it before keeping west as the track turned south west. Our first hill target was Leskernick which is shaped like a perfectly round inverted bowl, fully grassed and with rocks dispersed like hundred and thousands on the top of a bun. We enjoyed negotiating our way through the easy maze. From Leskernick we set our sights on crossing High Moor to Brown Willy, first obstacle being a stream running southwards off the moor which is the source of the River Fowey. Hurdling the Fowey was easy, a few more miles south we would have to swim it! After our fledgling river crossing tracking the moor to Brown Willy. 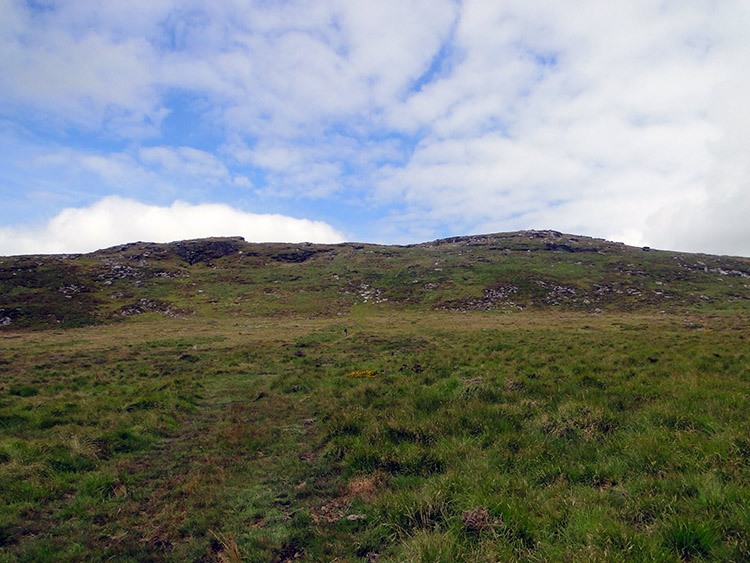 The ascent to Brown Willy 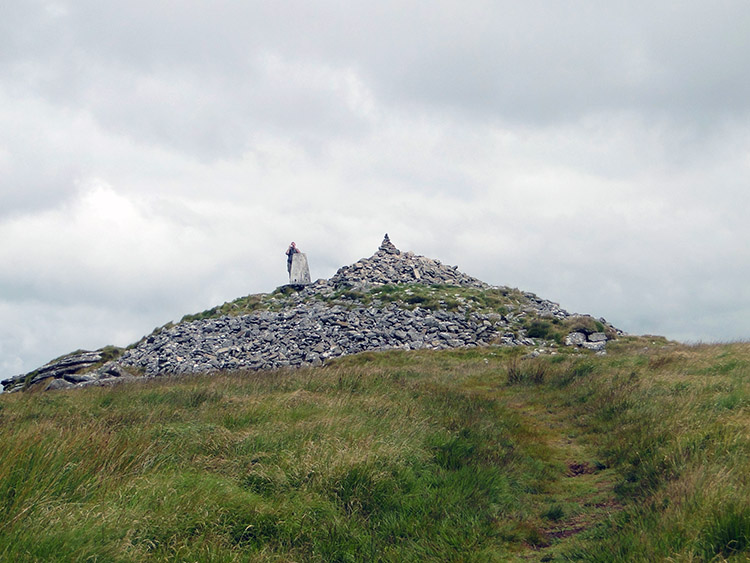 The summit of Brown Willy

As we continued across the moor the sky began to present blue patches and glints of sunshine which brightened our day and improved the visibility. In the good weather the walk to Brown Willy was easy with only the final three hundred metres of ascent being hard work as the final gradient to the rocky ridge top steepened. Both Strolling Steve and I huffed and puffed to the trig point at the summit. The work was well worth it though as we could clearly see the north Cornwall coastline in the not too far distance and looking round parts of the Cornish south coast too. Indeed, practically all of Cornwall was visible below us. Parts of Devon could be easily seen too including Dartmoor where I was two days ago. 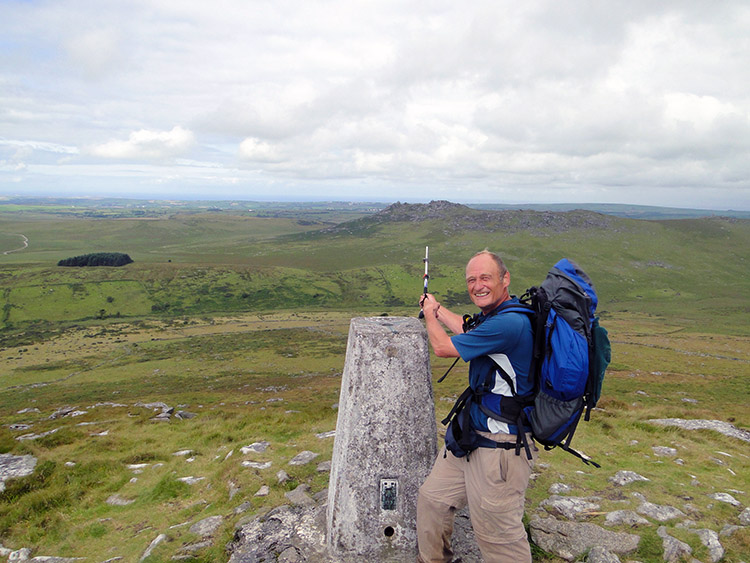 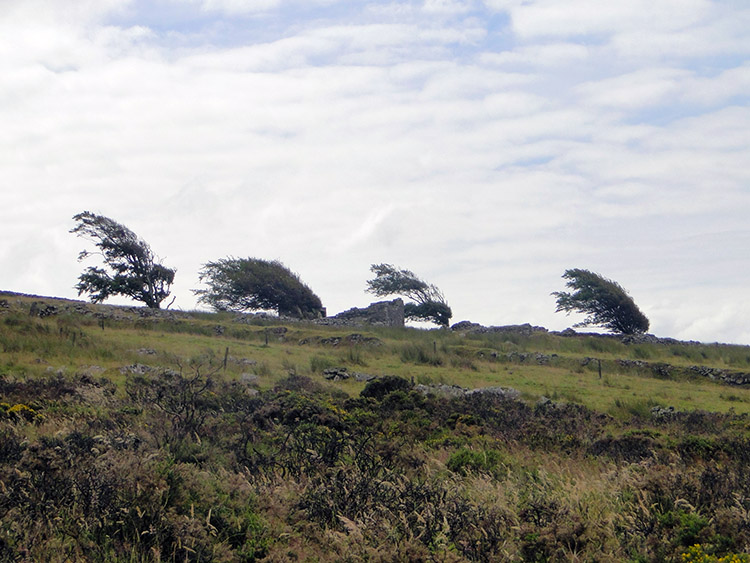 Brown Willy and Rough Tor were the last significant hills of my epic journey and despite being lower than many, particular those of Scotland and the Lake District they did not disappoint. As mentioned, the views were tremendous, far and wide in all directions and we could have stayed there for much longer than we did. However, we had a journey to continue and so we reluctantly descended from Rough Tor to Louden Hill. However, don't do so on this circular walk, but follow the track back or follow my recommended course back over the moor to Westmoorgate. See below for details. 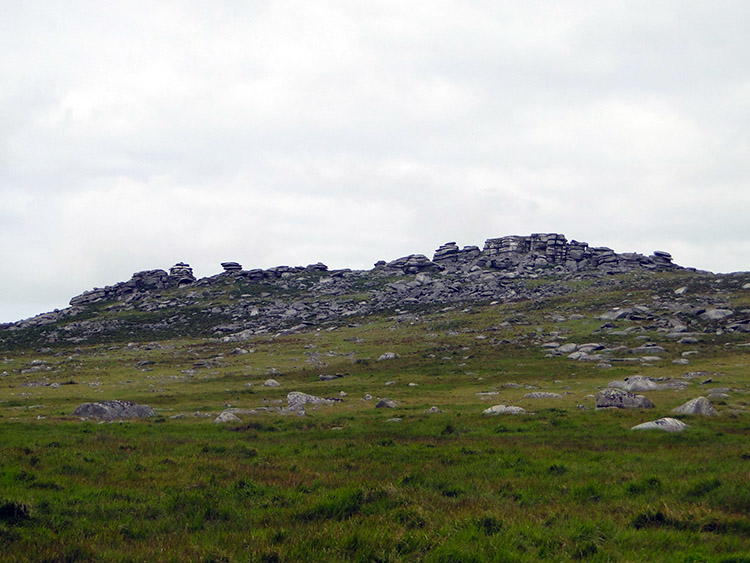 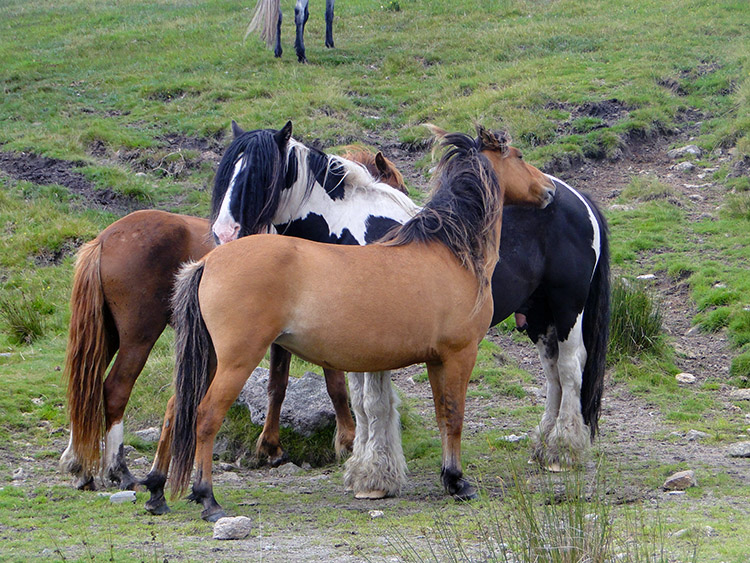 If conditions are favourable leave Rough Tor by walking on a course due east to Maiden Tor. From the tor fresh aspects of Brown Willy and Rough Tor can be enjoyed plus the far reaching views to the west, north and east. Then I would continue east over the moor and make the easy ascents to the small tops of High Moor and Buttern Hill before beelining south east to West Moor and then to Westmoorgate before following the road back to Five Lanes. If this return journey is anything as exciting as the outbound stage that Strolling Steve and I enjoyed then this will prove to be a brilliant walk.