Summary: This walk took me from the lovely village of Welton onto the southern edges of the Yorkshire Wolds by way of idyllic Welton Dale. After enjoying the wonderful peaceful dale I walked past Wauldby Manor Farm and a secluded pond before following the Wolds Way past Long Plantation into Elloughton Dale before walking back to Welton on footpaths and quiet country lanes.

The Walk: The village could well be described as the gateway to the Yorkshire Wolds. Welton is situated just outside Hull and it's greatest claim to fame is that it is here in the Green Dragon, it's local public house that the famous highwayman Dick Turpin was captured. A copy of the record of his capture displayed in the pub shows that he was posing as a horse dealer called John Palmer. After stealing some horses from Lincolnshire and driving them across the Humber he decided to stop at the pub for refreshment. Here he got into an argument and shot a local gamecock. He was apprehended by the police, unmasked as Turpin, and then tried and hung in York. 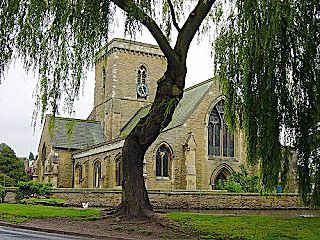 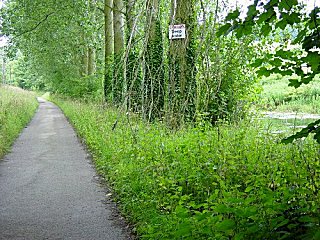 Passing Mill Pond on the bridleway from Welton

Welton is a quiet sleepy village with a lovely church surrounded by a village green and pond. I arrived in Welton and parked up outside the Green Dragon before setting off on the walk by passing the church keeping it on my right and walking up Dale Road. Once you leave the houses of the village walk northwards up a bridleway passing Mill Pond. 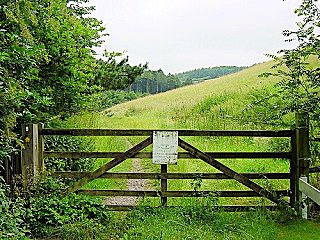 The gateway to Welton Dale 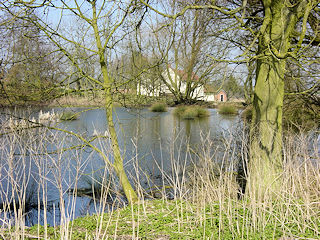 I undertook the walk in dull weather but at least it was not raining. It was my first real introduction to this part of the Yorkshire Wolds and I have to be honest in saying that I had not really been impressed by my local walking opportunities since my move to Beverley. The area is predominantly flat with it being so close to the sea and Humber Estuary. However I found to my delight the rolling hills of the Yorkshire Wolds broke up the monotony of the flatness. I had been spoiled by the diversity of walking around Leeds where the Yorkshire Dales and Pennines are at close hand. After all, the Wolds are small rolling hills and very picturesque but a challenge to a walker? In local guide books I read of secluded valley's and quaint villages. Was I to find them so alluring? And so I followed the bridleway out of the village past Mill Pond which was set in a tree lined avenue. This part of the walk is pleasant but I was thinking about what I was going to find at the end of the track? It was not long before I found out. The bridleway is no more that a few hundred metres. Then you arrive at Welton Springs where you leave the bridleway which veers left. You proceed through a gate into a field directly in front of you. 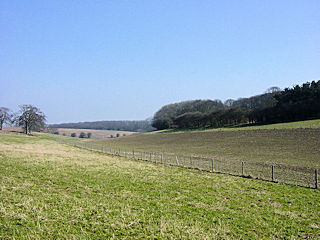 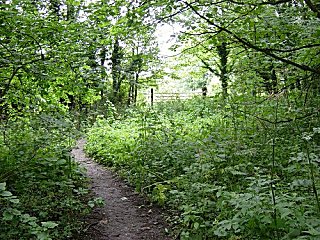 It was a refreshing and delightful sight that greeted me at the end of the bridleway. I was entering Welton Dale. The dale is as beautiful as any small dale you will find. There are fields which rise up to your right and a conifer plantation to the left. It was deserted apart from me, or so I thought for just as I was beginning to really absorb the tranquility a bird of prey flew out of the long grass no more than 10 feet in front of me. It looked majestic but why did it run me so close? As I looked to my left I saw the evidence of a fresh kill. The bird had just downed a wood pigeon and had been gorging it's prize before I disturbed it. There were feathers everywhere and the carcase was bloody red. Yuck, but then my first real walk in the wolds had brought me as close to nature as one can get. A good start to the wolds adventure for me yet unfortunate for the pigeon. I continued up the dale in steady incline until I re-entered the Welton Wold Plantation. In the plantation is a domed mausoleum to which there is no access. Apparently it was built in 1818 by the then occupants of Welton House, the Raikes family. After a short walk through the trees you hit light and a first view of the open wolds. From here I crossed open wolds to Waulby Manor Farm and Turtle Hill before returning to Welton via Elloughton Dale. A very nice walk.