Summary: This walk was kindly contributed by Ken Brockway. From Ticknall he explores the national heritage of the area south of Derby and east of Burton on Trent by setting off from Ticknall and taking a circular route first through Calke Park and then across countryside to Foremark Reservoir before returning to Ticknall via Hangman's Stone. Ken says in his introduction:

'Mike has commented that "........our industrial heritage is clearly of special interest to you." Well he's spot on so you won't be surprised by today's walk. Having said that I will quickly add that this is no tour of spoil heaps and crumbling structures, without it being drawn to your attention you could fail to spot the industrial past on this scenic exploration of Derbyshire, away from the Peak District.'

The Walk: Lots of potential starting points and services on this walk of 7 miles. Car parking is available at Calke Abbey, National Trust or Foremark Reservoir. I opted for Ticknall village, free. Toilets are available at all these locations. 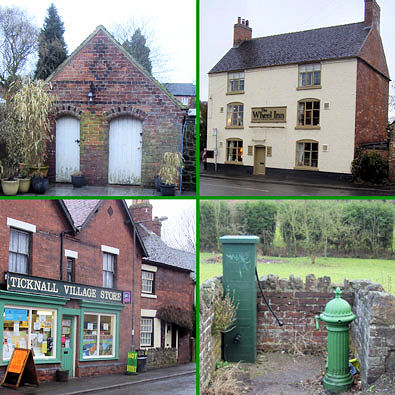 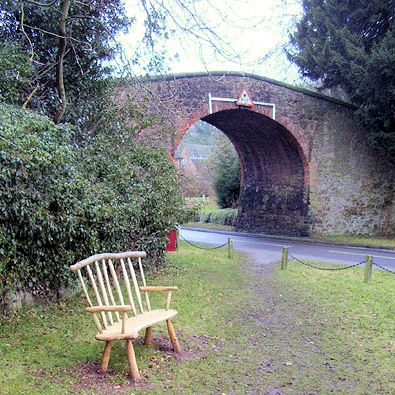 As often I recommend a tour of Ticknall for so long controlled by the Harpur-Crewe family of Calke Abbey. The village like Calke retains the charm often stripped away by progress. Much of the building material is a pleasing mix of unfaced stone and brick then clay tiles on the roof and would look better on a day without the drizzle during my visit. I liked the numerous communal water taps dotted around and wondered if the possible late arrival of piped water to homes accounted for the little brick sheds which I took to be former privies.

Taking the road past the large chapel we emerge opposite the entrance to Calke but this is not for us as we pass under an interesting bridge where the red plaque gives an introduction of it's former use. A bit of road walking but there is a pavement all the way to our footpath at the Lime Yards. The ponds and mounds of this area now offer a tranquil setting, hiding a hectic industrial past. Out from the trees and across a field the path climbs to offer an excellent open view across Staunton Harold Reservoir built in 1964 with a capacity of 1,400 million gallons (6,370 mega litres). 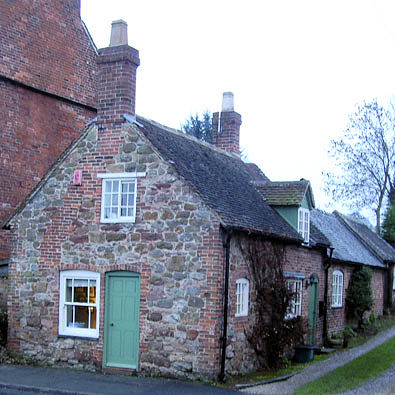 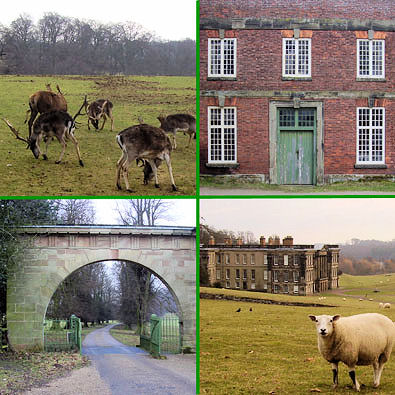 Entering the woodland we also enter Calke Park handed over to the National Trust in 1985 following the sudden death of Sir Charles Harpur-Crewe in March 1981, while out setting mole-traps, on the estate. So no moles but beyond the fence we are likely to see part of the herd of red and fallow deer especially if feeding has taken place. After crossing the Mere Pond dam I strayed from the public right of way so if you feel guilty you can either make a donation to the Trust or pay the £1.60 admission charge to the park. Having paid you won't be a burden making use of the loo or tea shop at the car park. The route I followed offered a reasonable view of the Abbey but then crossed the park among the ancient oak trees. Most of these trees look in poor condition so perhaps best to keep well clear in stormy conditions which could bring down a bough. 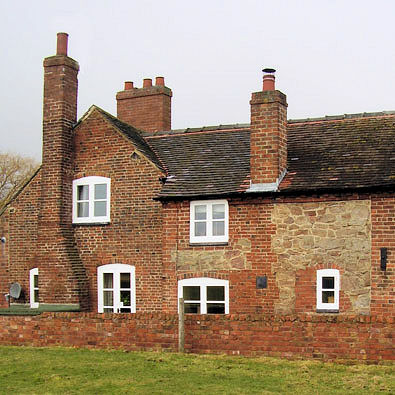 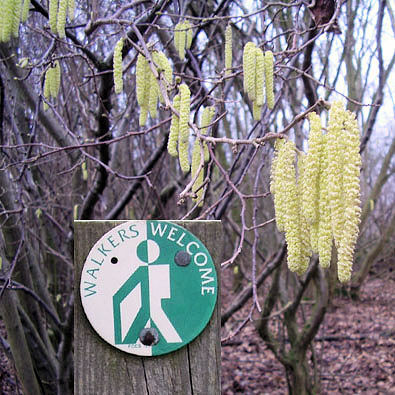 We recross our original public path then exit the park to join another footpath near Middle Lodge. Crossing the field I found work in progress to restore the tramway tunnel to provide a cycle route along the trackbed, I eagerly await completion then will bring the bike to explore. This twelve mile horse drawn early railway was built to serve the local lime pits and coal mines because a canal would be too expensive to construct.

Meeting the A514 at The Scaddows I was apprehensive. One map showed access land another did not, I'd looked on Natural England's website but it was not shown there, would it be available? This together with an announcement that Countryside Stewardship is to be abandoned adds to my caution about the benefits of short term access agreements. No worries today. The short short section of road had a wide and mown verge and the signs said "Walkers Welcome". 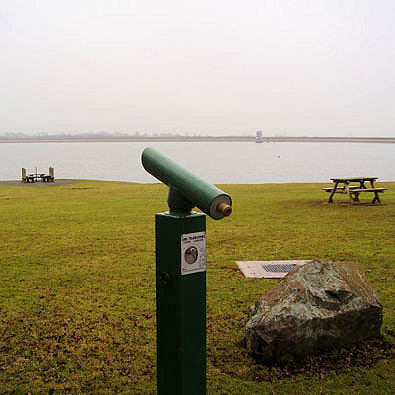 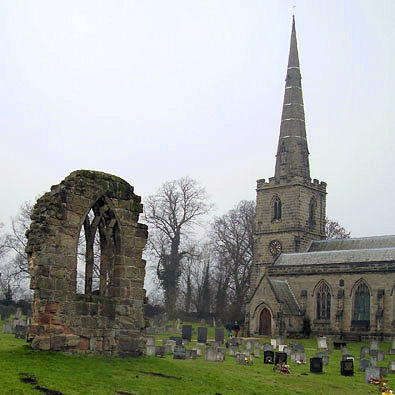 So much of the offered access paths lay unused because they serve no useful purpose it was pleasing to find this one well used perhaps because like I'd discovered it provided access to Foremark Reservoir and made a circular walk. More loos, like buses there are none then they come along together. I found the information board interesting, it showed a grid of water supply pipes across the Severn Trent area from the Derwent dams to Worcester. No need to walk along the access roads but we do need to join the road as there are no paths around the northern part of the reservoir.

Field paths take us via Hangman's Stone back to Ticknall passing the fine pavilion of the sports field with a detour into the churchyard to see the remains of the old church which was blown up after the new building was opened in 1831.